Melbourne’s theatre scene is back with a BANG thanks to a dynamic, all female drumming ensemble – Drummer Queens! This show provides just the high energy performance Melbourne needs to shake off the languishing mood of the past year. 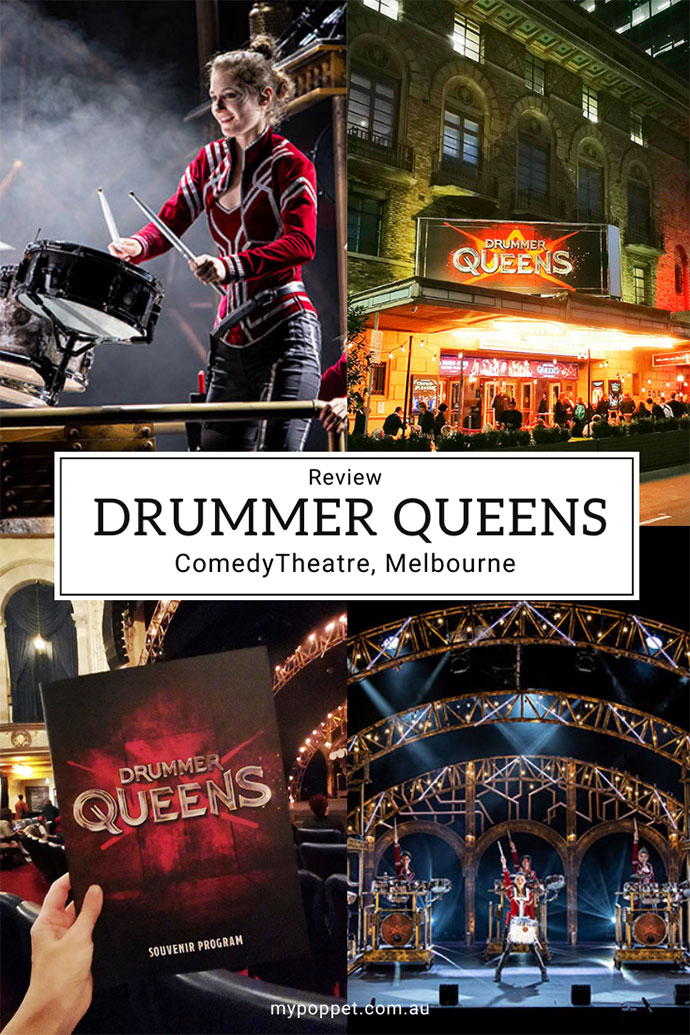 Emma and I were delighted to be offered the opportunity to review this innovative production, and experience it for ourselves at Melbourne’s Comedy Theatre. 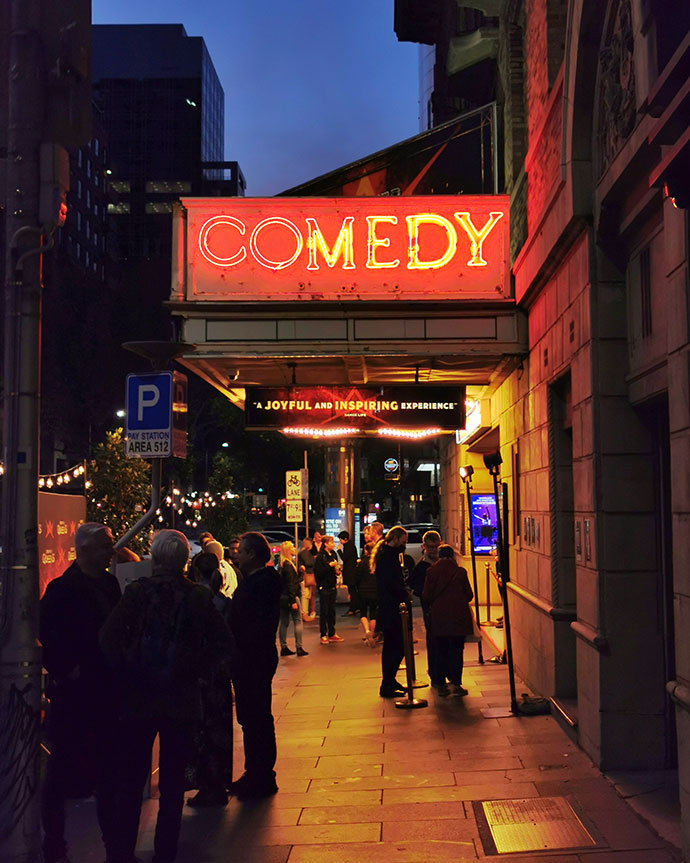 The ‘Queens’ are eight super talented percussionists with varied performance backgrounds that include disciplines as diverse as tap dance to taiko Japanese drumming.

Expect to see all sorts of drumming styles represented. No matter what your musical taste, there is something here for everyone to enjoy. 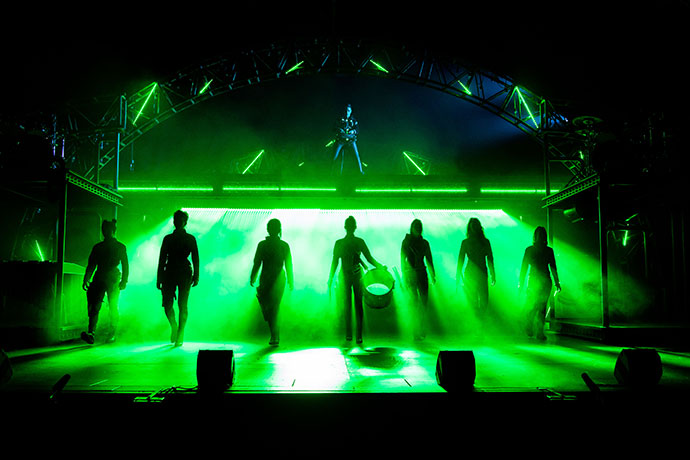 For a start, there are multiple drum kits, even ones that move around the stage in drum kit battles. But beyond that, there is marching band style drum lines, found object percussion, body percussion and dance to make rhythms, Japanese drumming, and quite interesting electronic instruments. 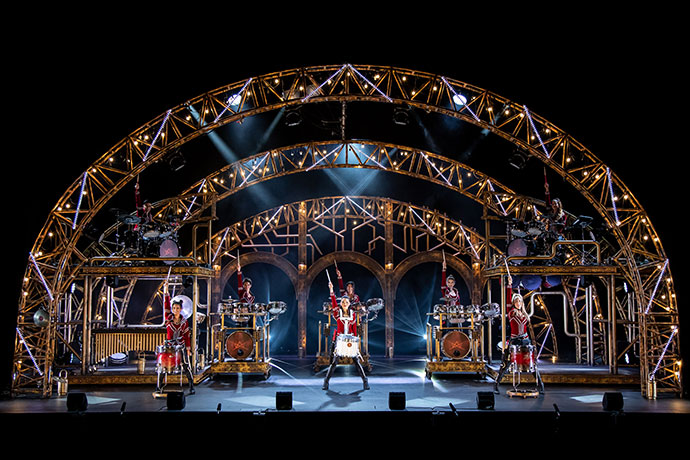 As soon as the show started, I knew we were in for quite a ride! The feeling of sound waves hitting me in the chest was very visceral, and that ‘feeling’ of sound through your body is something that can only really be experienced in a live performance.

Each performer brings her own personality and style to the show, and space is given to highlight each drummer’s individual specialty skill. 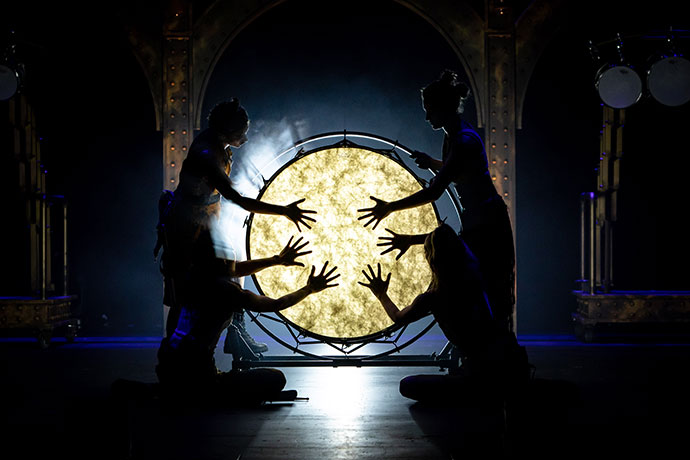 Group performances with perfect timing and synchronization really highlights how these drummers have worked together to become an ensemble. But the real kicker, is just how effortlessly the performers move from one instrument and style to another. Mixing it up so you get a real feel as to how great these women are at being all-round drumming superstars. 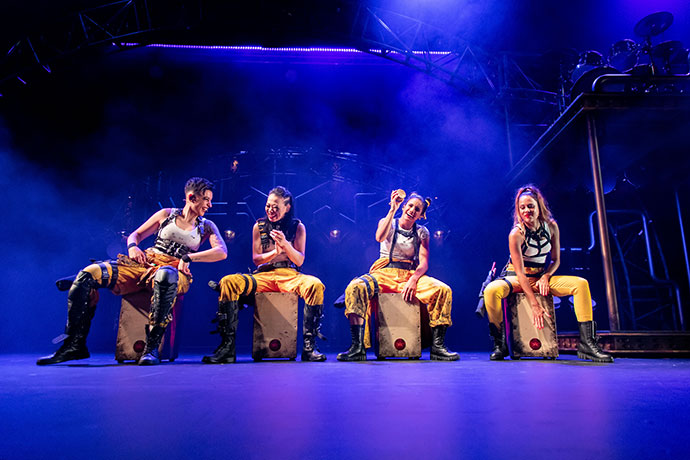 There is some audience participation where we were invited to clap to the beat and be part of the rhythm.

Sounds and lighting effects are ramped up in the last act to really take the show to the next level.

Highlights for me were actually some of the quieter moments, where we got to focus on just one or two performers. 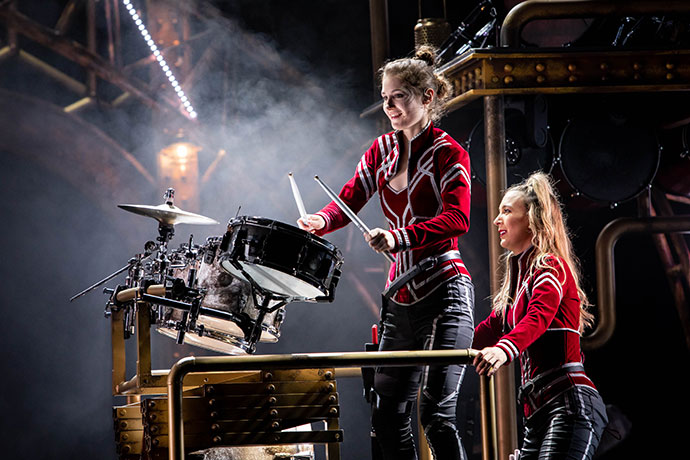 There is a tap number by Peta Anderson that made me hold my breath in sheer frenetic energy of the piece.

Unfortunately, a stage speaker was blocking my view of the dancer’s feet and I missed the full effect. This could have been solved by elevating this dance number on a small stage by 50cm and giving most of the audience sitting in the stalls a better view.

The show had no real narrative to speak of, but each composition did flow seamlessly into each other with the help of some clever stage design and simple choreography. 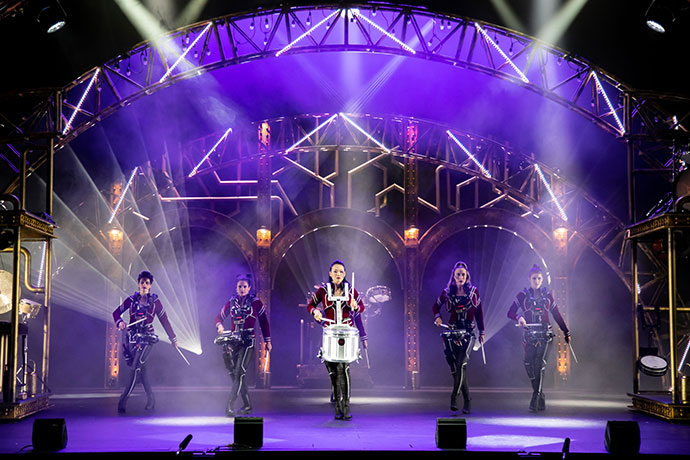 Personally I could have done without some of the more ‘dancey’ elements like acrobatics which were a bit distracting and didn’t tie into the ‘these women are crazy good musicians’ vibe. On the other hand, the kid really enjoyed that part.

My biggest nitpick were the yellow costumes in the first half of the show. They had a school production feel, and presented the performers as ‘caricatures’ with stage personas which felt a bit contrived. There was the goofy one, the cute one, the sexy one, the Asian one, the native American one. Not cool!

For a show that purports to showcase the incredible talent of female drummers, I felt a little disappointed at the one-dimensional costuming that reinforced cultural and physical stereotypes.

Please present these women for the amazing musicians that they are, not cartoon characters in a ‘girl band’.

The costumes in the last act of the show are super cool, and even though the whole cast wear the same outfits, I felt that the individual personalities of each performer (as a real person) shone through. 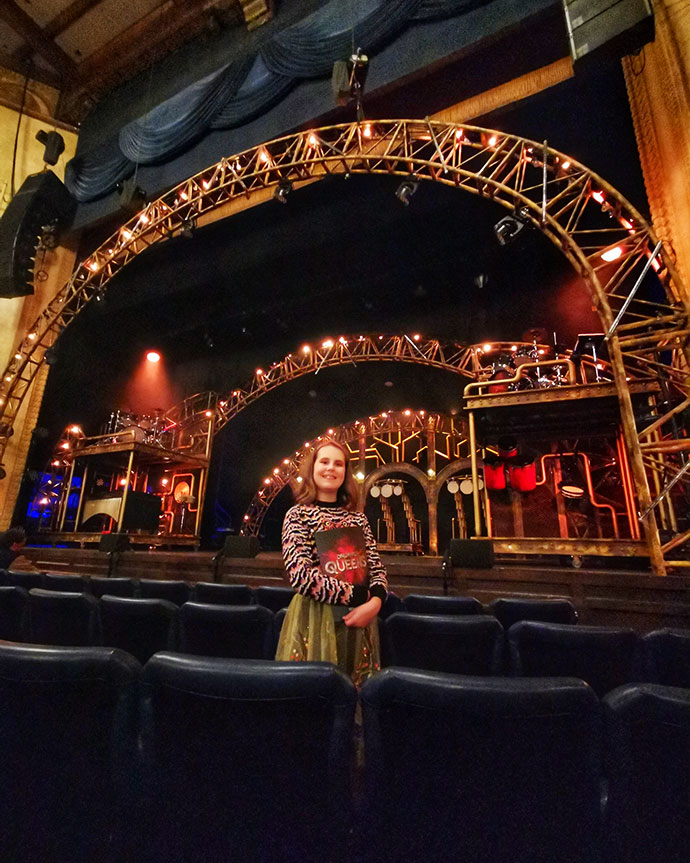 Is Drummer Queens suitable for children?

I’d recommend this show for kids 8 yo and over.

This show is quite a fast moving 85 min with no intermission. So as long as your kids can sit for that long I think they would enjoy the show.

Emma’s (12yo) interest flagged a little though the mid section of the show, but as the 3rd act kicked in with cool lighting effects and a choreographed drum line with light up drum sticks, she was back in!

Keep in mind that this show is LOUD. At moments I needed to block my ears to control some of the loudest parts which were verging on uncomfortable.

Emma had to cover her ears for much of the show, as she is a bit sensitive to loud noise, and I really should have brought along some ear protection for her.

There was a kid wearing hearing protection in the audience, and I would recommend providing ear protection for young kids. 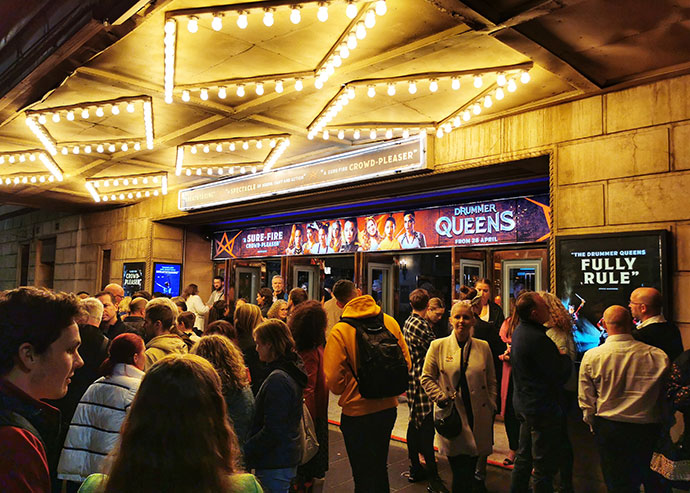 Our Verdict of Drummer Queens, Melbourne

We both really enjoyed Drummer Queens, Melbourne. It’s an energetic show which really gets your heart racing. A great night out for the whole family – especially if you are into loud music. 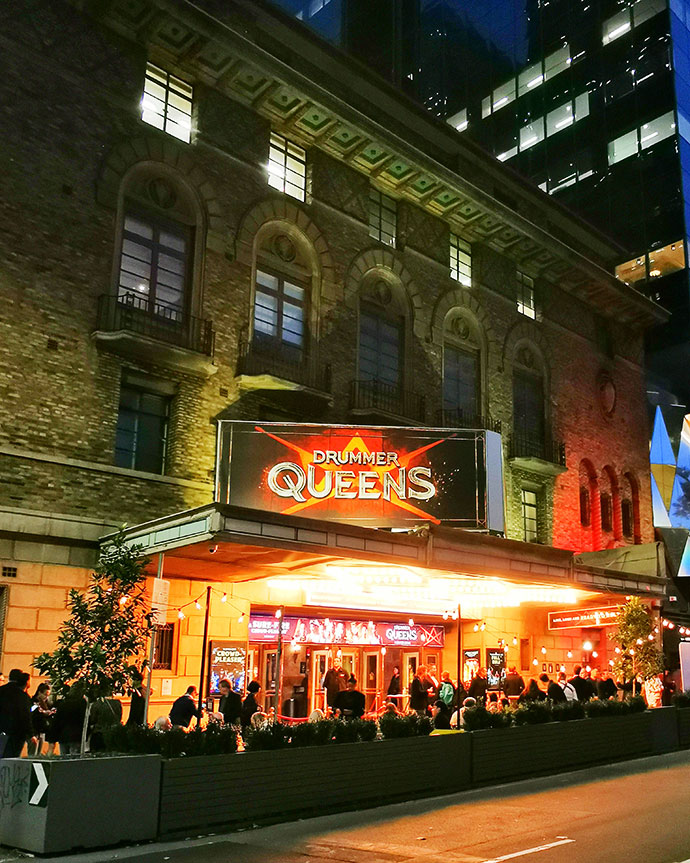 Drummer Queens is now playing for a short run at Melbourne’s Comedy Theatre till the 8th May 2021 with tickets starting at $49. Buy your tickets here.

In addition to Melbourne and Brisbane, the Queens are bringing this original Australian theatrical experience to Wollongong, Perth, Albany, Mandurah, Bunbury, Canberra and Adelaide.

Read all my past Theatre Reviews here