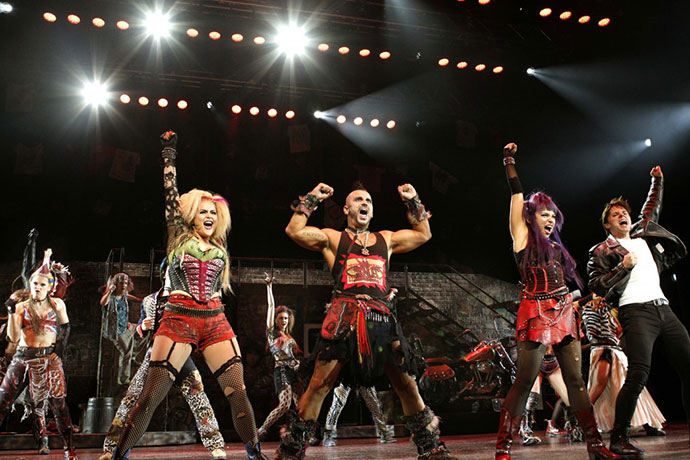 Brought to you by We Will Rock You

Today we have a guest review by my sister Janet, who graciously saved the day after I was struck down with flu and couldn’t make it to the opening night of We Will Rock You. She has done and awesome job, I guess blogging runs in the family! 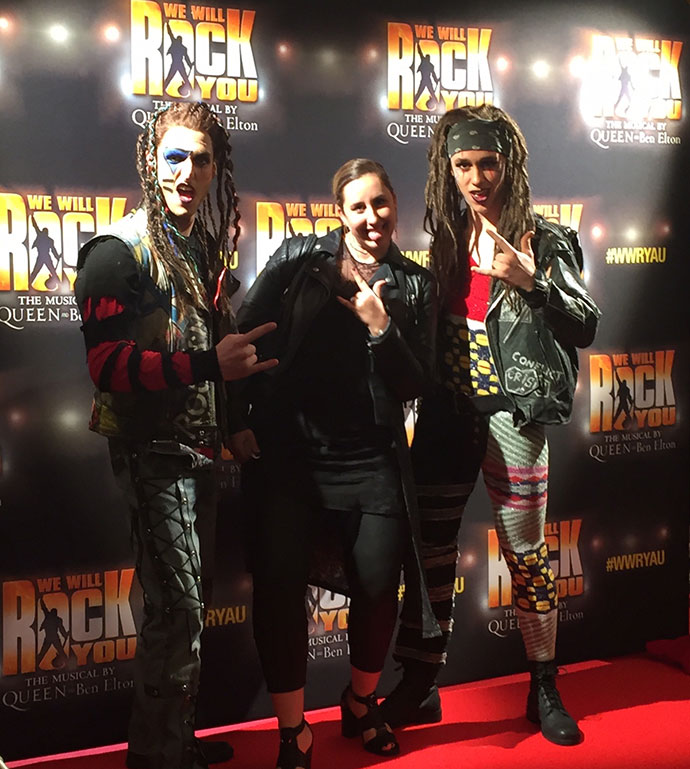 I was privileged to be invited to the Regent Theatre in Melbourne as a guest of my sister to the opening night performance of We Will Rock You, the worldwide smash hit musical by Queen and Ben Elton. Dressed in leather and lace to truly get into the spirit of the show, I was keen to represent My Poppet for the night. I know Cintia was really looking forward to this performance as she is a big fan of Queen and knows all the lyrics by heart. Boy did she miss a great production, or should I say, rock concert. 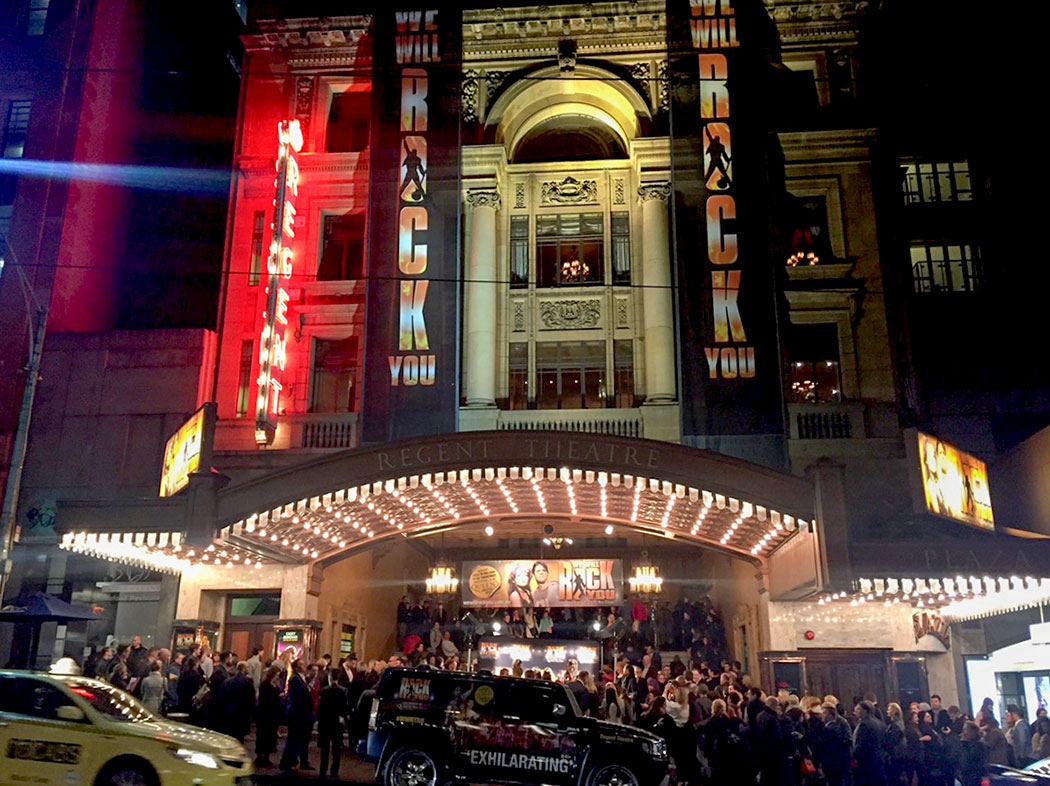 Just like my sister, I’m a bit of a secret sci-fi fan, and I certainly got my fix from this show.
We Will Rock You is set in the future in a place called iPlanet where it’s considered ‘anti-social’ and illegal to have a real life friend. The world is run by an evil corporation called Global Soft led by ‘Killer Queen’ (Casey Donovan), half human, half evil computer game with the sole purpose of creating a cookie cutter society with no individuality.

From video electro robotic youth to rebels and bohemians, the show was a visual and musical extravaganza. 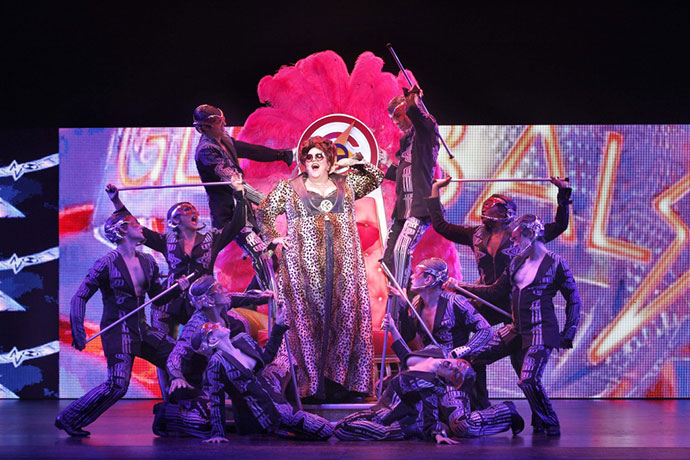 The costumes reminded me of Red Dwarf with a bit of Fifth Element in the beginning, leading to 80’s rock bands with a punk flavour as the show progressed, The singing was amazing, everyone had such strong voices, which made me wonder how are the cast going to last show after show. Lots of honey and lemon for their vocal cords I’m sure. The live rock band and concert lighting really created an environment to rock out.

Song lyrics that included references to Bieber, Britney, Beyoncé and past rock legends which were a funny addition and were well placed throughout the show.

Brian Mannix, 80’s rock legend of Uncanny X-Men fame plays Buddy. Buddy is an old librarian hippy who has studied the sacred musical texts and acts as a comic foil to his fellow characters, as well as really being able to belt out a tune. I was surprised at how much energy gave in his performance through the show, I was tired just watching him! 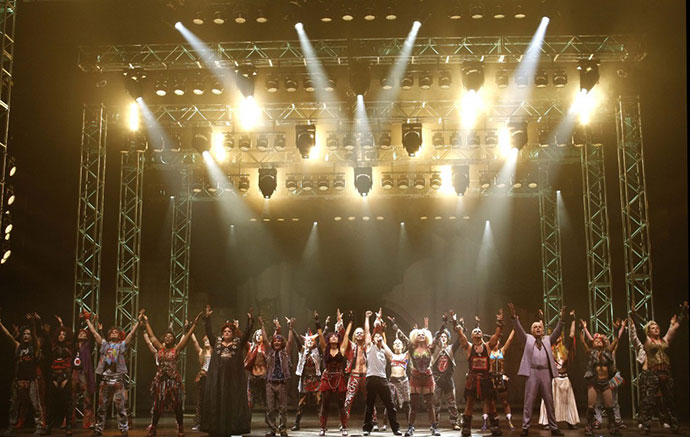 The night ended with pyrotechnics, fire balls, lasers and the biggest rock song of all – the Queen classic Bohemian Rhapsody.

Sorry that you couldn’t get your rock on tonight sis, you missed a great show.