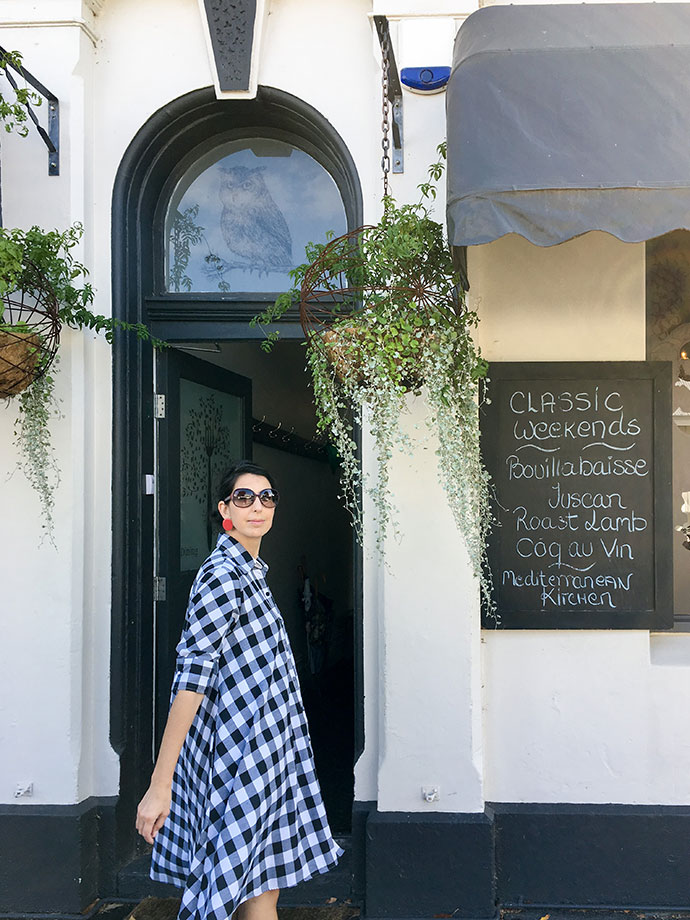 Tucked away in the quiet residential streets of Port Melbourne, The House of Wine & Food is a hidden gem offering an authentic Mediterranean dining experience. Don’t let it’s old school pub exterior fool you, what was once the Cricketers Arms Hotel, has now been transformed by new Owner and chef, Alan Giles, into a warm and inviting venue where the food and wine shine. 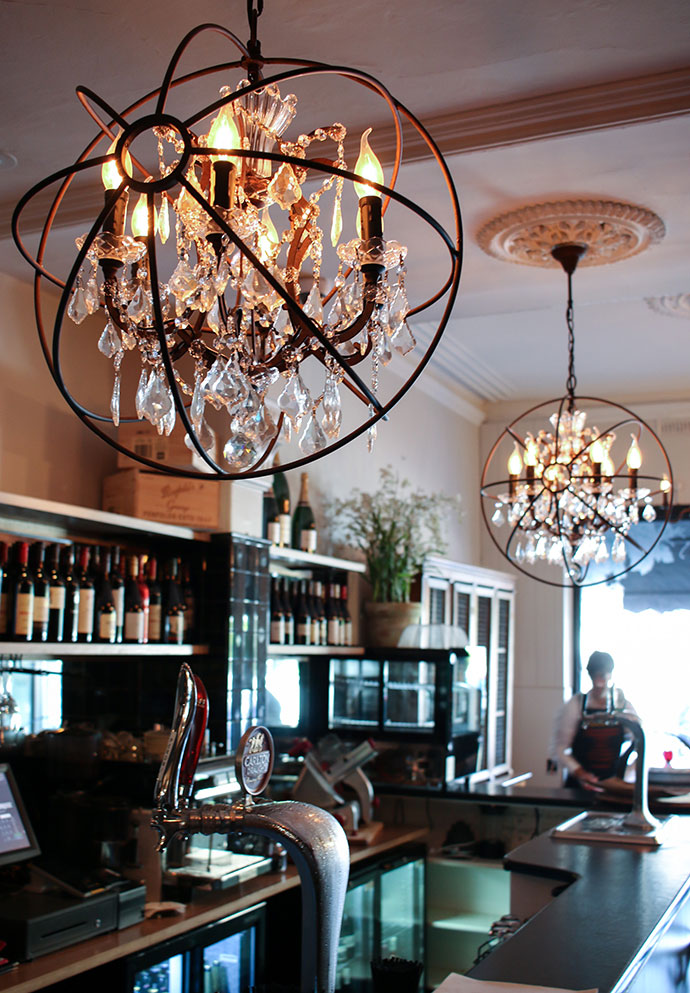 The front bar welcomes a local crowd that stop by to enjoy a glass of wine and a chat with some charcuterie to nibble on. There is an open fire lit during the colder months which makes sitting here catching up with friends sound extra appealing.

I was invited to sample the highlight of the weekend menu – an a traditional Marseilles style bouillabaisse chock full of seafood and rich saffron flavours. 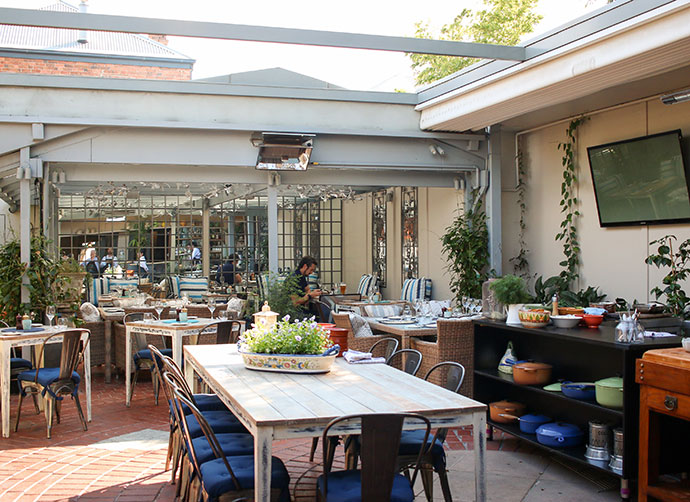 On arrival we were led through to what was once the old pub’s ‘beer garden’. Now a sheltered, year-round courtyard dining area it’s a good spot to for family gatherings and lazy Sunday lunches. A cooking station is set up especially for Alan to make bouillabaisse, adding a theatrical quality to the meal. 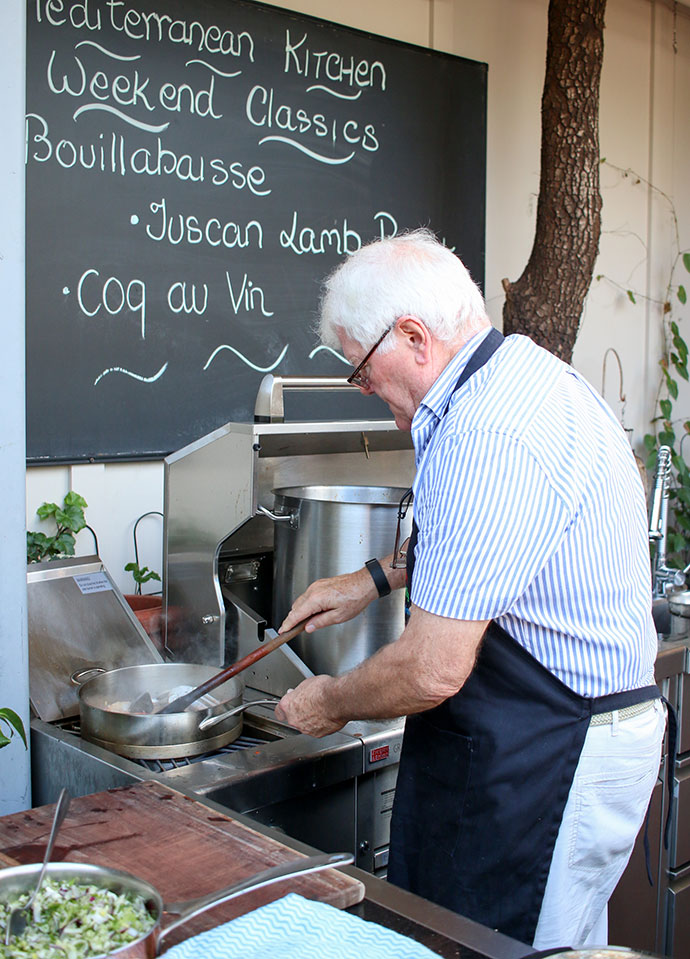 I had a lovely chat to Alan while he was preparing our meal and he told me the fascinating history of how the dish evolved from a very basic meal created from the scraps of a french fishermen’s catches to the dish full of complex flavours which we can enjoy today.

“I have often read that it evolved from a dish cooked by fishermen who threw some fish in a pot full of seawater on a fire on the beach while they untangled their nets and cleaned their boats. It would have been a pretty salty dish,” says Alan.

“Every time I have had this dish either in Marseilles or in areas nearby, it has been cooked in a completely different style. I think each time I cook a bouillabaisse it tastes a little different and that adds some magic.” 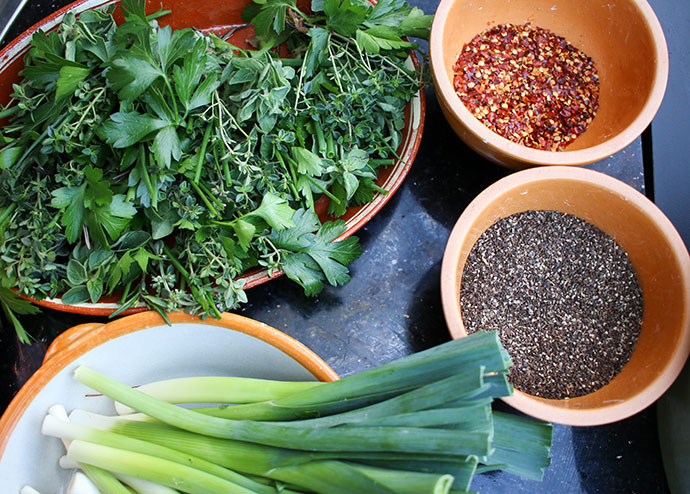 While there are countless views about exactly what bouillabaisse involves, everyone agrees the fish and seafood must be fresh and the dish must contain saffron, fennel, tomato, onion, leek, garlic and olive oil.

Alan’s seafood stew is based on a recipe he picked up in Marseilles in the late 1960s and has spent years since perfecting his technique.

“At that time the old port of Marseilles still had fishermen tying up and distributing their catch and there were three large tricycles with platforms built over the back wheels parked next to the boats on the wharf.”

“Upon each tricycle platform was a large, brazier-style cooker using wood or coal with a huge pot simmering away. Each tricycle had a few rough chairs and tables next to it and the cook at each tricycle made a bouillabaisse from fish and seafood collected from the fishermen.”

Alan has happy memories of sitting on a rickety chair, sipping rich seafood broth from a large metal cup dotted with crotons and garlic mayonnaise.

I was excited to have a taste after all those wonderful stories and sure enough the bouillabaisse lived up to my expectations. 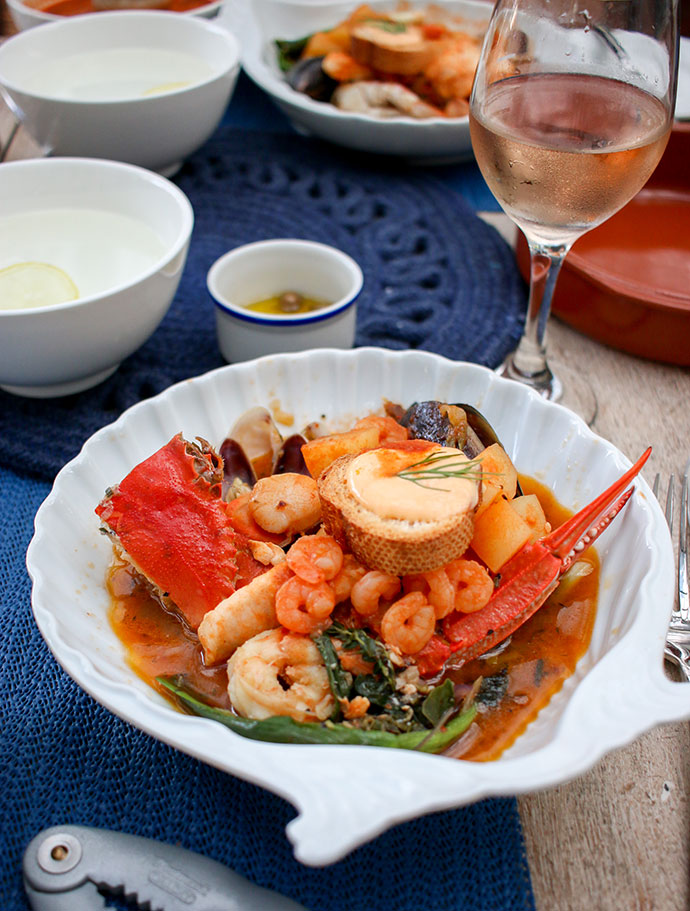 As a lover of good seafood I enjoyed the abundance of shellfish and fish as well as the rich tangy broth that had a zesty hint of citrus, orange to be exact. I appreciated that it was not overly salty, (I have a low tolerance for salt which can spoil dishes for me when chefs are heavy handed.) If anything it was lightly under salted which is an easy fix.

Alongside the main shell shaped plate, we were served a delicious soup that warmed my insides. It packed a flavour punch which you’ll keep going back for. 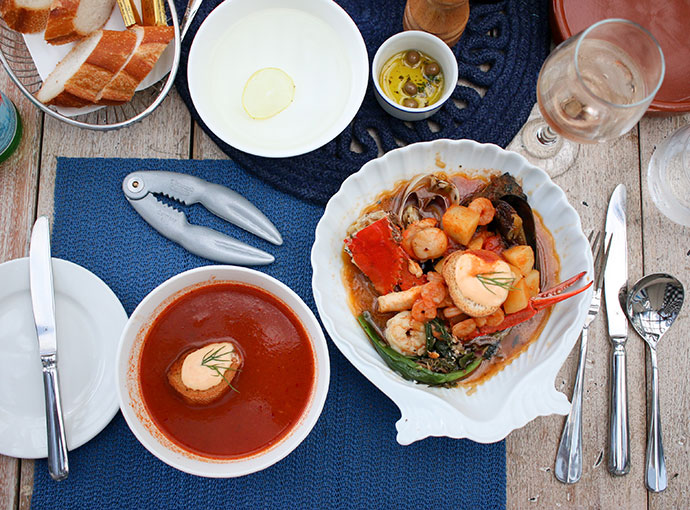 The waiter recommended a rose wine to compliment the dishes, which was the perfect pairing. 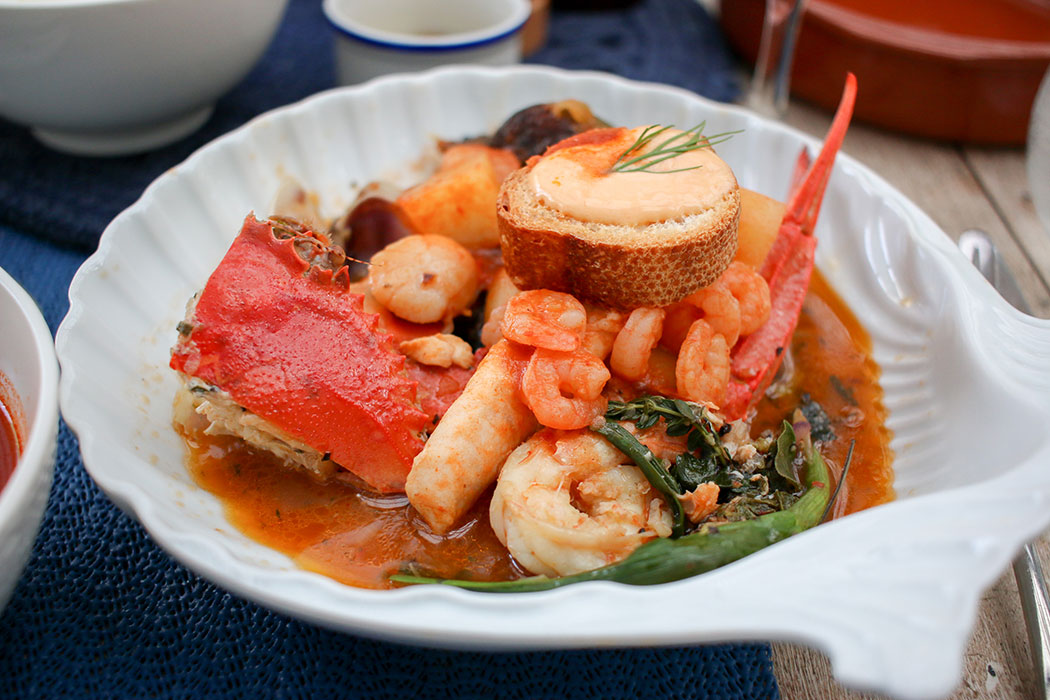 THE HOUSE OF WINE & FOOD

WHERE: 69 Cruikshank Street, Port Melbourne
BOOKINGS: (03) 9676 2004
HOURS: open Wednesday to Sunday from noon until late. It is closed for lunch on Saturdays, except by arrangement.

I was an invited guest of The House of Wine & Food with no obligation to write a review. All thoughts and opinions are my own.