Tidying up the other day I unearthed a cute origami book that I bought in Japan called ‘Origami of Delicious Food’. It’s in Japanese but has enough pictures to be able to work out the designs. One of the ‘delicious foods’ was a pumpkin, and I thought it would be fun to make a few and turn them into a garland just in time for Halloween. 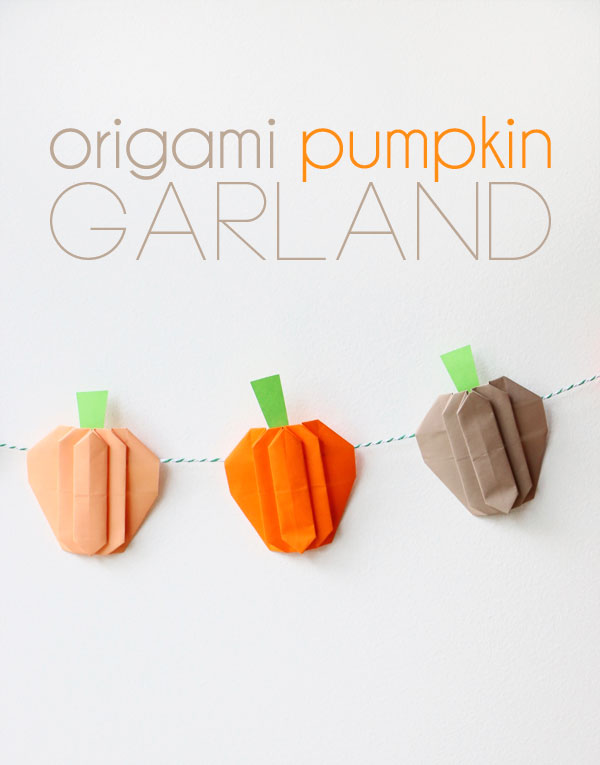 Emma is Halloween crazy at the moment so she has used it to decorate her room.
This garland would work well for other autumnal celebrations like Thanksgiving (for all you Northern American folk).
The origami steps are a bit tricky so rather than take photos of the steps I made a video which hopefully will be easier to follow. Of course if you don’t have time for all that folding, you could always cut out pumpkin shapes for your garland. 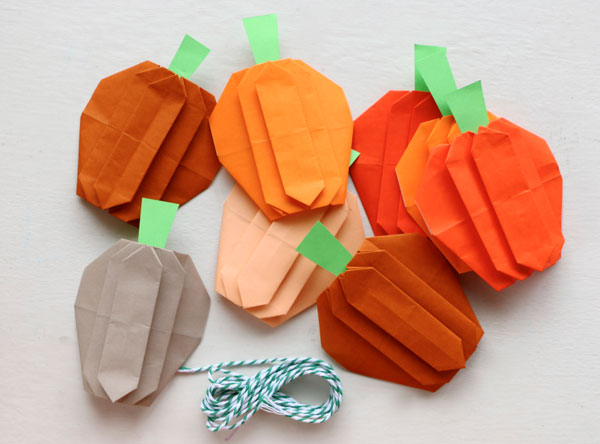 1. Time to get folding, watch the video (above) and make as many pumpkins as you like.

2. Tape in the stems 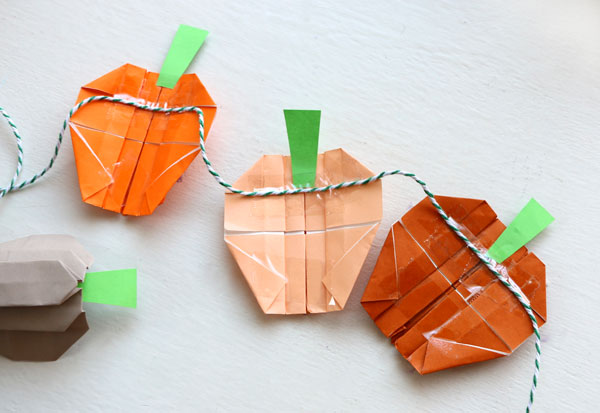 3. Tape the twine to the pumpkins 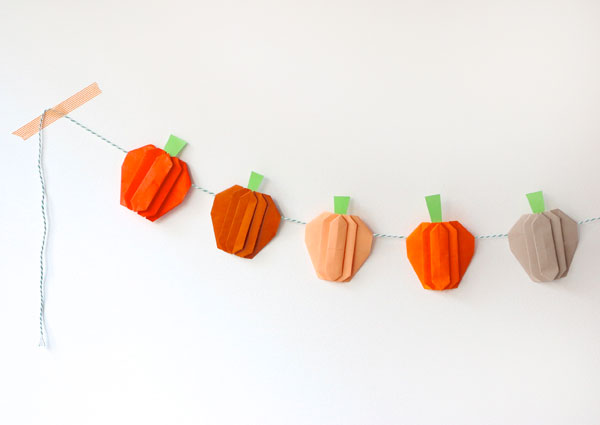 My favourite is this grey pumpkin, because it reminds me of a Queensland Blue pumpkin which is the type we commonly have in Australia. 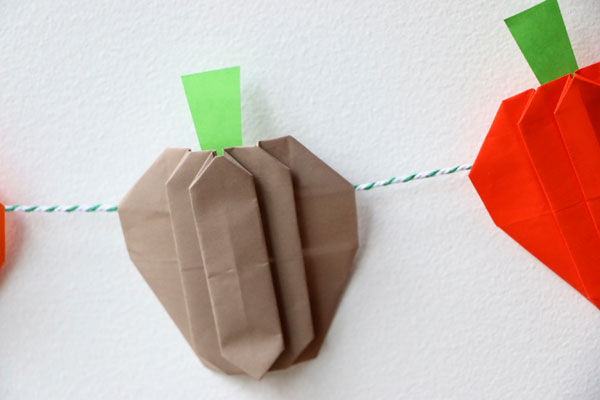 My little scary skeleton is a fan. 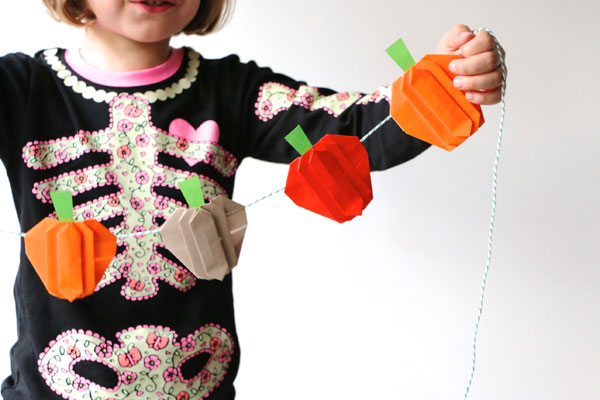 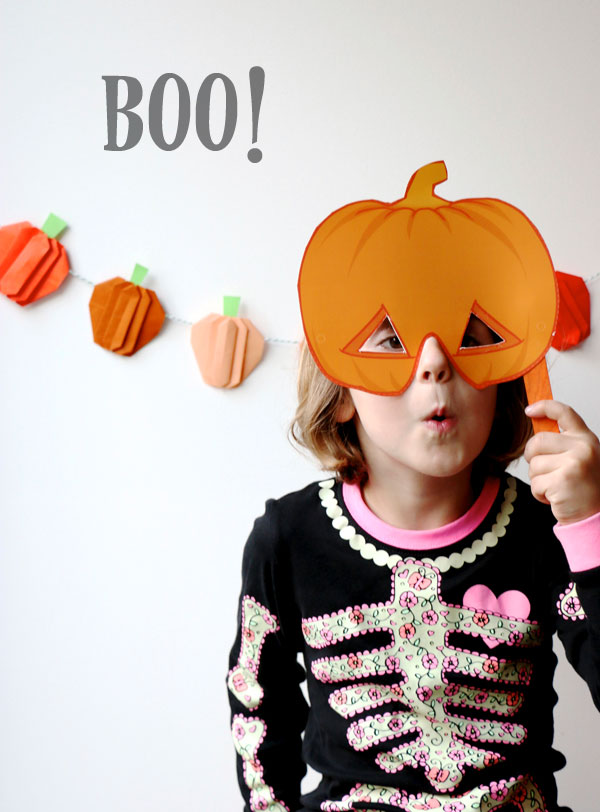 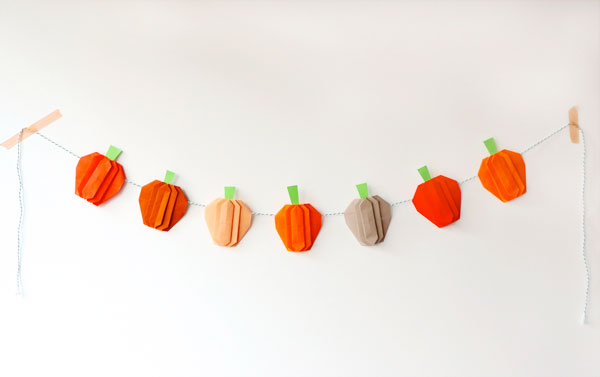