Today’s Halloween Craft idea is brought to you by Emma, who has recently discovered that she loves making slime after we were sent a package of products to try from Elmer’s.

After lots of slime making experimentation, she had the great idea to make some green glitter slime with googly eyes in it – perfect for Halloween!

Because she is a typical YouTube obsessed 9yo, of course a slime making video tutorial was a must. The “What’s up Youtube?” intro was totally her idea. 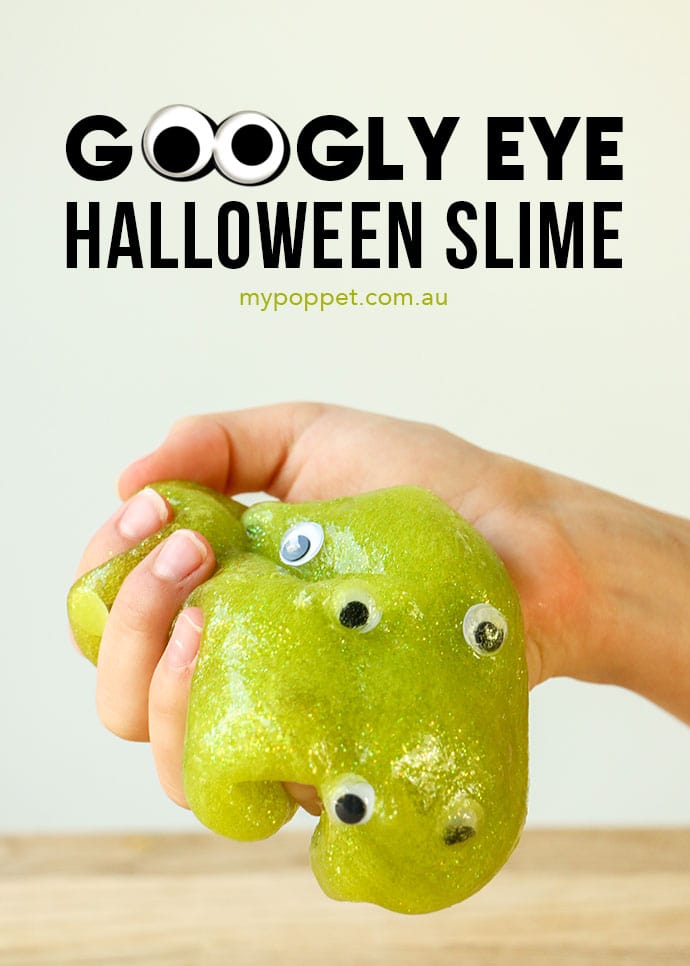 I love a good googly eye craft; stick a pair googly eyes onto anything and it’s instantly 100% more fun! Add lots of googly eyes and you cross over into creepy, kooky-fun territory.

This little pile of slime with eyes reminds me of an alien blob monster from a kitschy B-grade drive-in horror movie. It’s kind of cute! 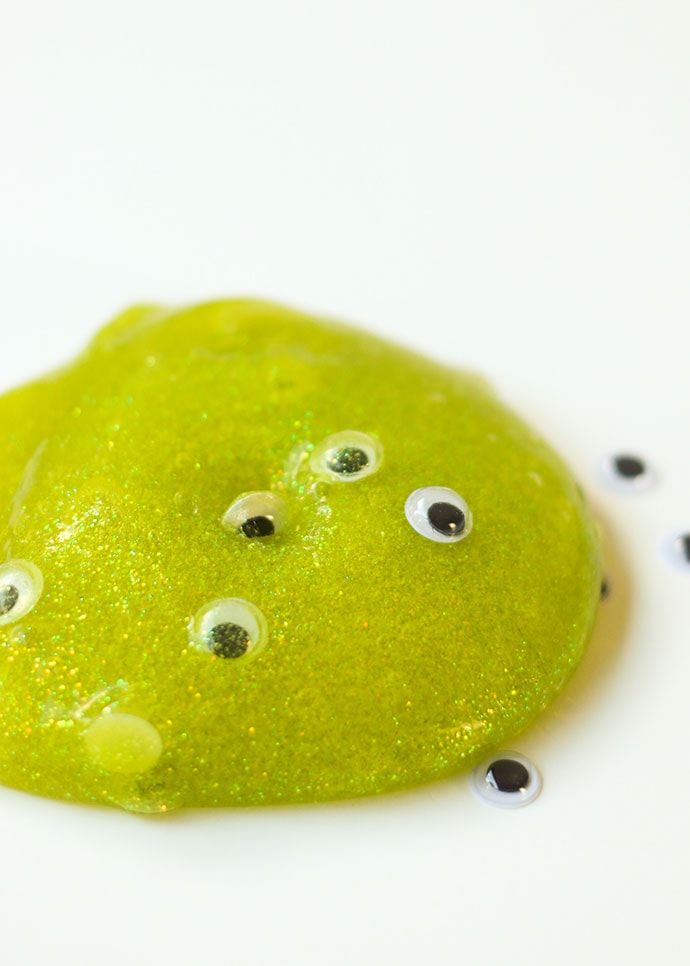 Emma particularly enjoys shaking the googly eye slime because the eyes make a cool rattling sound. Left overnight the eyes all float through to the top of the slime like they have a mind of their own. Aptly creepy.

I can’t say I’m a particularly big fan of the whole slime phenomenon, but the kid seems to love it, and anything that encourages screen free time is OK by me.

This particular slime recipe is borax-free, so it’s safe for kids to make and play with.

The benefits of making slime 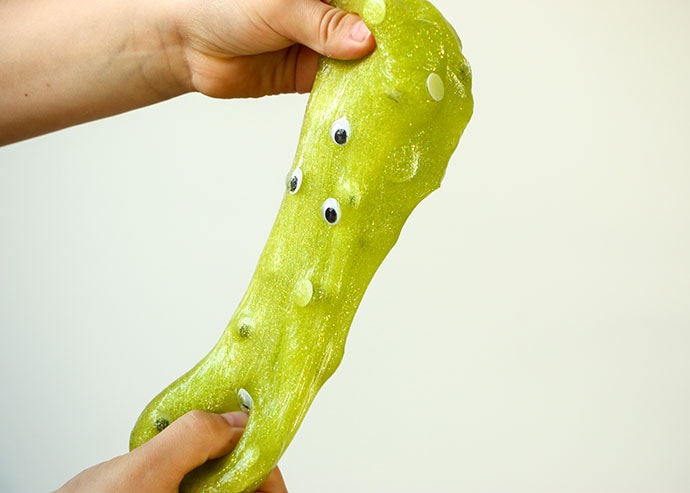 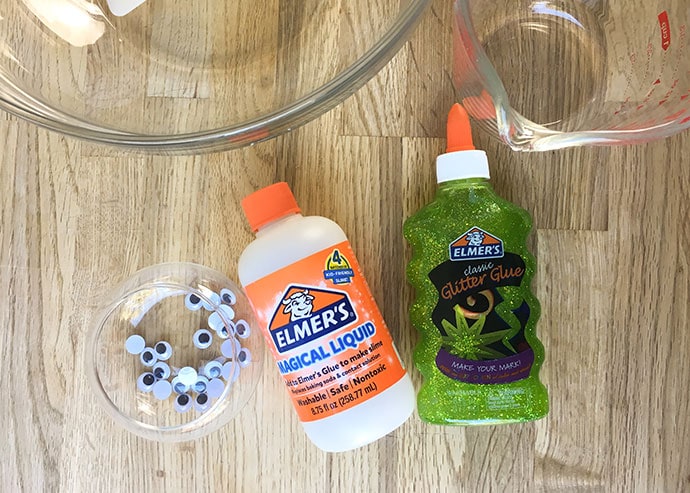 Store your slime in a sealed container or zip-loc bag to keep it clean and fresh. 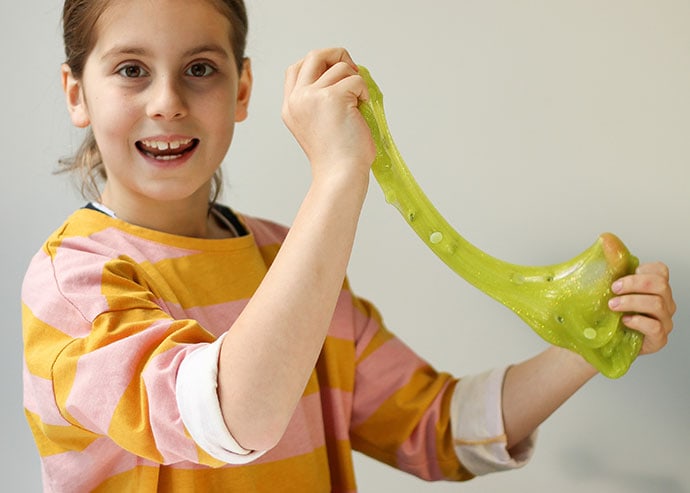 So many ways to play with your freshly made googly eye slime.

You can stretch it. 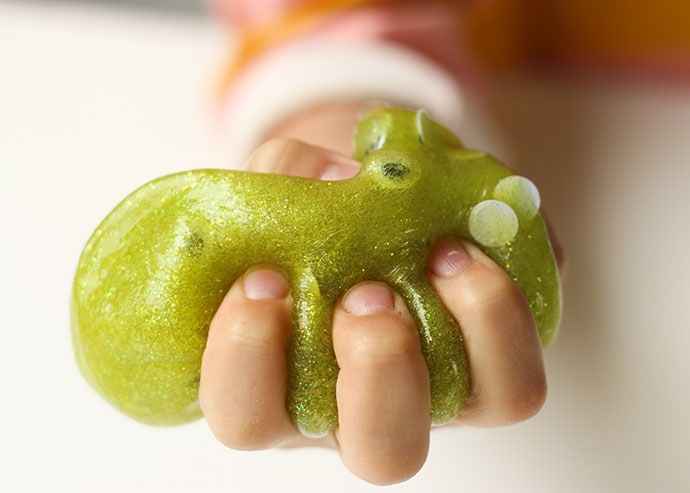 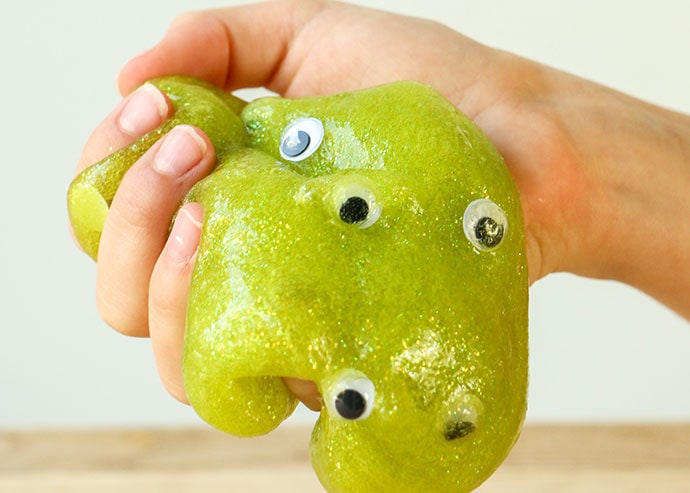 Poke it, and pour it.

Slime is a Non-newtonian fluid, which behaves both as a solid or a liquid depending on how forces are exerted onto it. That’s why it can pour and bounce, stretch and tear. Interesting right? A Non-newtonian fluid is neither a liquid or a solid. It can be picked up like a solid, but it also will ooze like a liquid.

Anyway you play with it, it’s lots of fun.

Goes without saying – keep it off upholstery and carpets because it will ooze right into every fibre – Now that’s a real Halloween horror story!

Check out or other slime making video: