Wow, what a long trip it’s been to get to Argentina. I don’t think mum realised what she was getting into when she suggested this ‘holiday’. It all started with a 2.30am wake up to catch a 6am flight. First stop Auckland NZ. The Qantas flight was great, Emma got her own little breakfast tray and a window seat with this gorgeous view. I was already tired by this stage, Emma full of beans. Mum dozed. 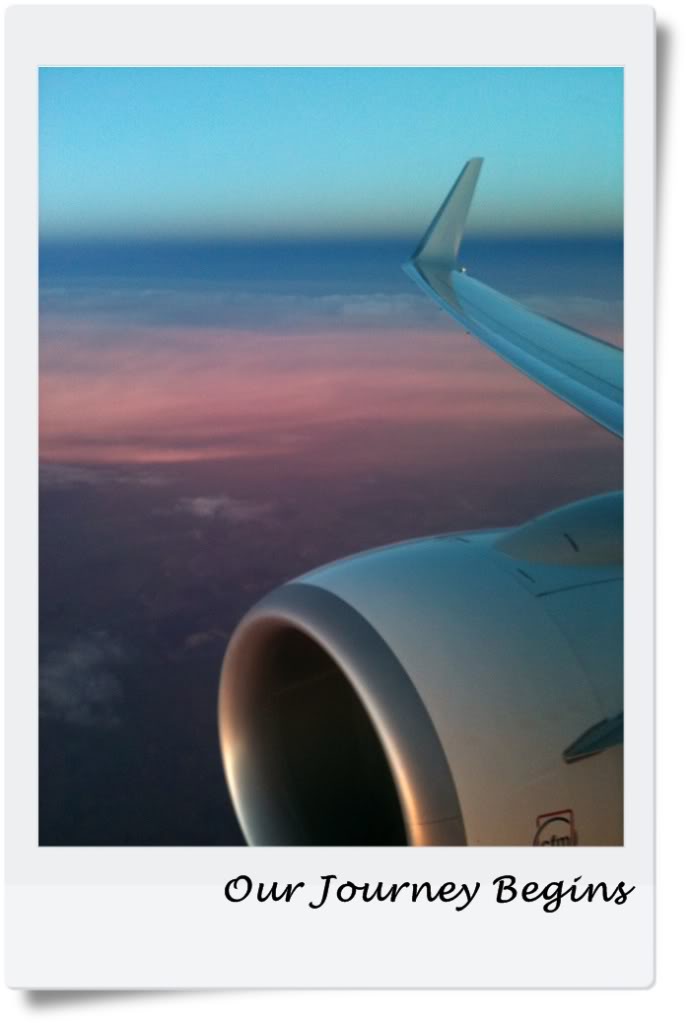 Then came the first hard bit, waiting in Auckland for 4 hours for the connecting flight. Our pram had been checked all the way through because the Qantas check in staff insisted that it wasn’t possible to unload at either Auckland or Santiago, and there would be strollers there to use, yadda yadda. Of course the were no strollers and a huge walk carrying bags and a toddler was crappy. Emma may have slept in a pram, instead she ran around for 4 hours straight, introduced herself to everybody and kept me on my toes.

Then it was time to board again. This time it was a LAN (Chile) flight to Santiago, 11.5 hours.
We were so lucky the plane wasn’t full and we were allocated 4 seats for the 3 of us. Emma nodded off during take off for about 2 hours which meant we could eat in peace and recharge our batteries.

The flight was really pleasant, food was nice, plenty of leg room and the staff on LAN super helpful, I couldn’t fault them.

Emma woke and didn’t go back to sleep for the rest of the flight, but really she was quite good. Not too cranky, watched a bit of telly and introduced herself to most of the passangers. Everybody knew Emma. I managed to get a little sleep and stetch out whilst Emma entertained herself.

The only funny/annoying bit was that Emma is terrified of the toilets on the plane. She became hysterical when you tried to get her in to change her. It was all a bit distressing. I think it was the flushing noise, it’s pretty loud.

Luckily I took some spare clothes for her because her nappy leaked. By this stage Emma was saying “I want to go home.” She didn’t want to lie down because according to her her cot was at home and she wanted to sleep in her cot. Bless. Landing in Santiago was the start of the next difficult stage. We had a 7 hr wait scheduled and Emma was starting to get really exhausted. She only wanted to be carried and we really struggled with our hand luggage. Without a pram for her to sleep in, this was going to be hard. Luckily mum sorted an earlier flight so we saved 4 hours waiting/travel time. I was pleased! 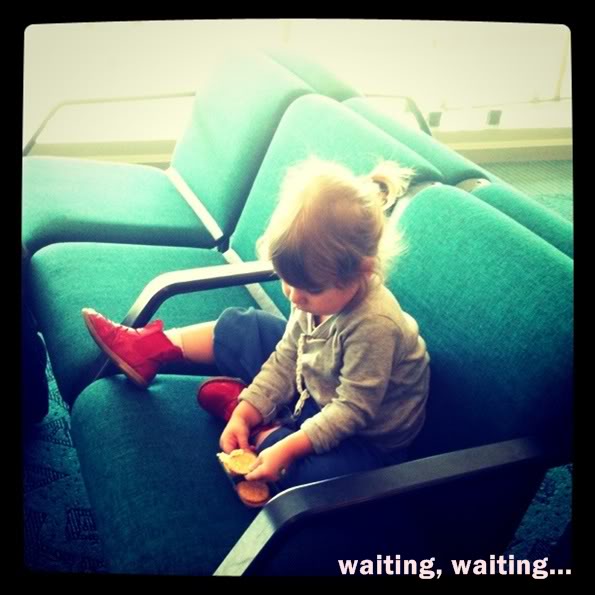 Emma was distracted with some snacks that I’d packed for the trip, she was still going strong.

In the final leg to Buenos Aires Emma finally sucommed to the sleep fairy (yay!)
We were all pretty exhausted, luckily there was a special express immigration queue in Buenos Aires for Diplomats and Pregnant women and families. How good is that?

Of course not everything could go super smoothly. Our bags and stroller never arrived as they hadn’t been put on our new flight, I suspected it was a possibility. So more paperwork to do for the baggage claim. The guy was really helpful, I had to deal with it as mum was getting super dramatic in a non-helpful way. Mum feared the worst! Bags just arrived now to where we are staying, about 24 hrs later. No drama for us because I always have an extra change of clothes in my hand luggage.

So all in all, it was not terrible. Emma was really quite good considering. A pram at the gates and our luggage not being delayed would have made it the perfect journey (well as perfect as it can get with a toddler).

Everyone is napping now. I’m off to join them.

It’s an exciting time when a visit from the Tooth Fairy is imminent. There are so many different ways to present those little baby teeth to the tooth fairy – a tooth under a pillow, in glass of water or even tucked away safely in a tooth shaped pouch or pillow. Me? I’m particularly partial to making tooth shaped pouches and…