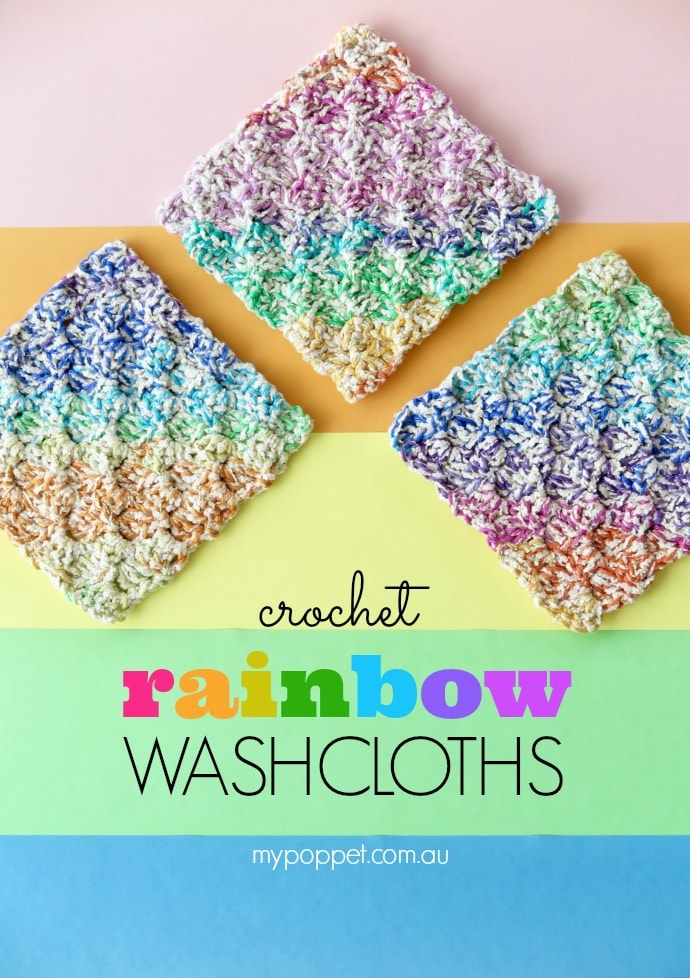 Rainbows make everything better. Even boring old tasks like washing up can be made less of a chore when a rainbow is involved. I had a small amount of variegated gradient cotton yarn left over from my Coil + Crochet Rainbow Basket project and thought it would be perfect to make some crochet washcloths.

The rainbow yarn was quite thin so I combined it with some vintage cotton boucle that I’ve had sitting around for a while, just waiting for the right project.

Combining the 2 yarns gives the washcloths an interesting texture and I’ve used a corner to corner (C2C) crochet stitch which is perfect for showing off the colour changes in the yarn.

I’m fairly new to C2C, so I thought a washcloth would be the perfect sample project and now that I’ve made a few I’ve got the stitch down! If you have been wanting to have a go at C2C, I’ve found the best tutorial on the web to teach you. 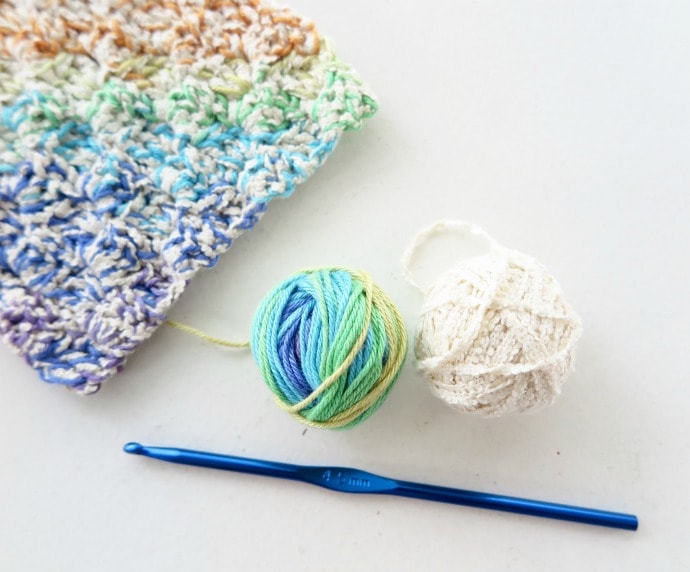 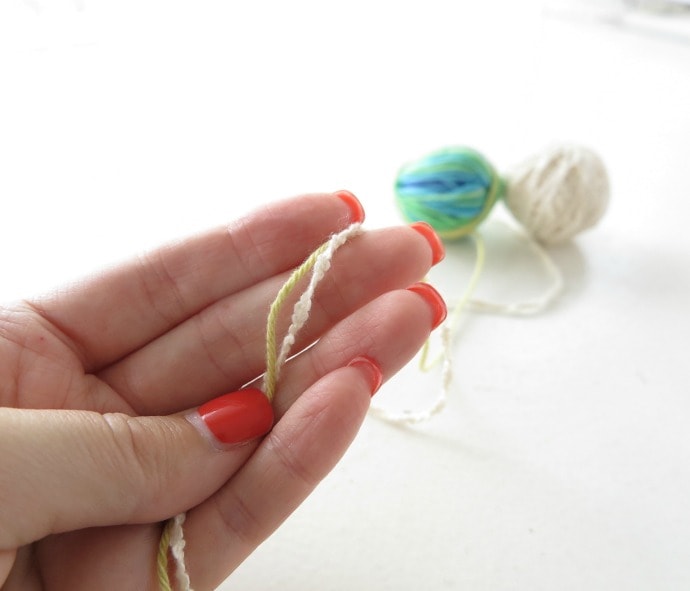 I’ve combined two 4 ply yarns to make an 8 ply weight yarn (DK) equivalent. Because exact gauge is not super important in this project, go ahead and use whatever you have handy that makes a nice firm fabric when crocheted. If the stitch tension feels too loose, use a smaller hook.

I’ve included the basic pattern and a few instructions but if you’ve never done this stitch before I recommend following this very clear Corner to Corner Tutorial which explains the process step by step. There is also a left handed version. 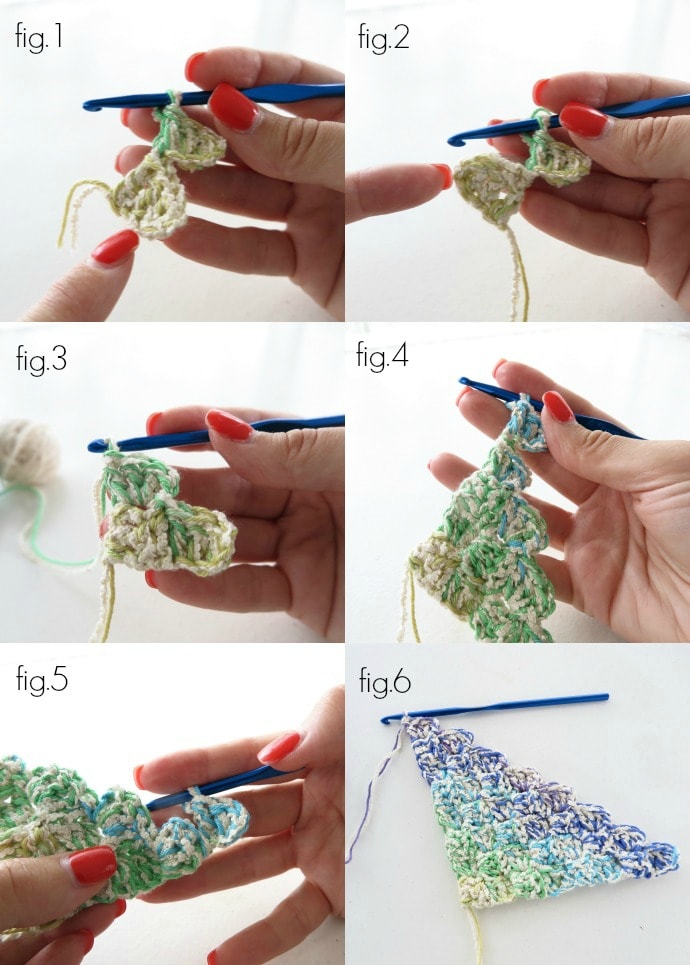 Note: each increasing row will have the equivalent number of shell groups.

Rows 4-8: continue as per row 3 with increases at both ends until you have 8 shell groups (see Fig.6) 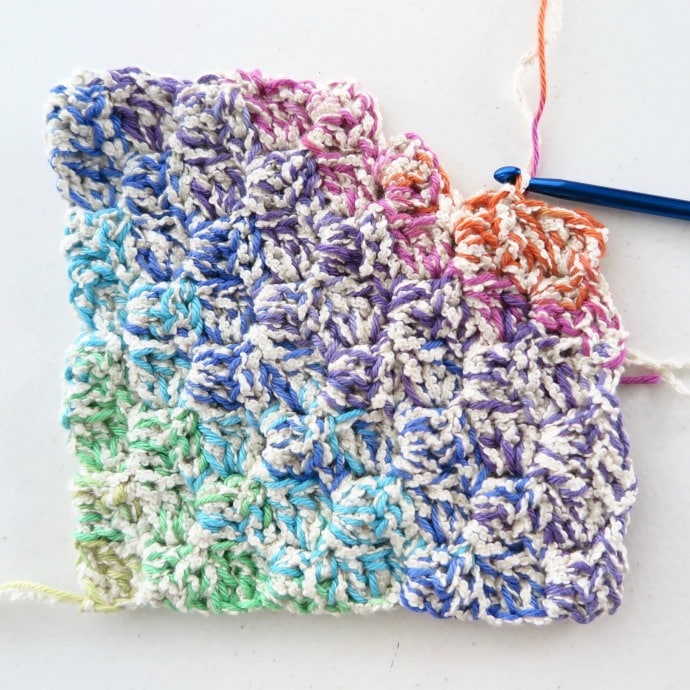 Row 10-15: continue as per row 9 with decreases at both ends till you have only one shell group left.

To Finish: Cast off, cut yarn and weave in ends.

I had a few extra ends to weave in as I joined some extra yarn in. 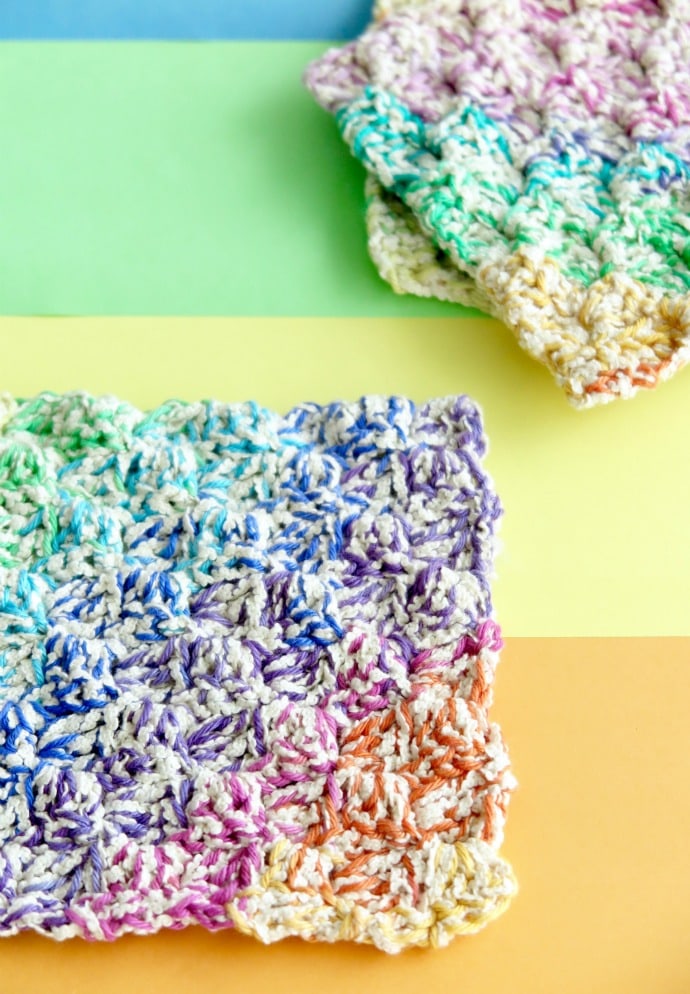 I hope that was clear, once you get going it’s pretty self explanatory, the trickiest part is getting your head around how the end shell groups flip over.

I highly recommend checking out the link I’ve featured or looking up the technique on Youtube if you need to see someone actually doing it. 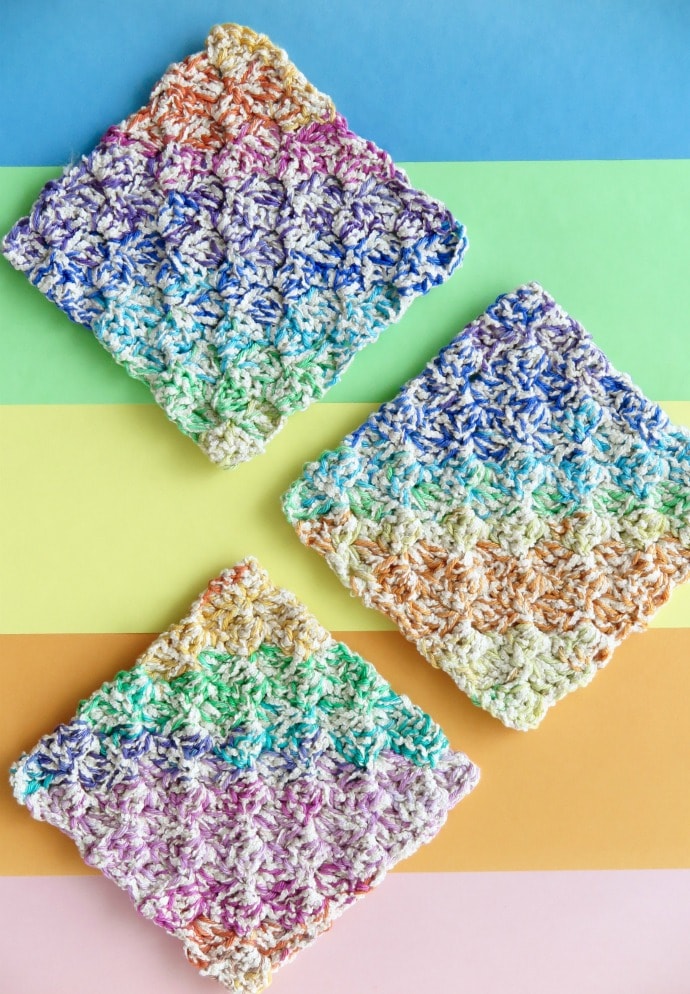 I love the textured pattern it creates especially with the nubby yarn. It’s fairly forgiving so mistakes don’t show (phew!) 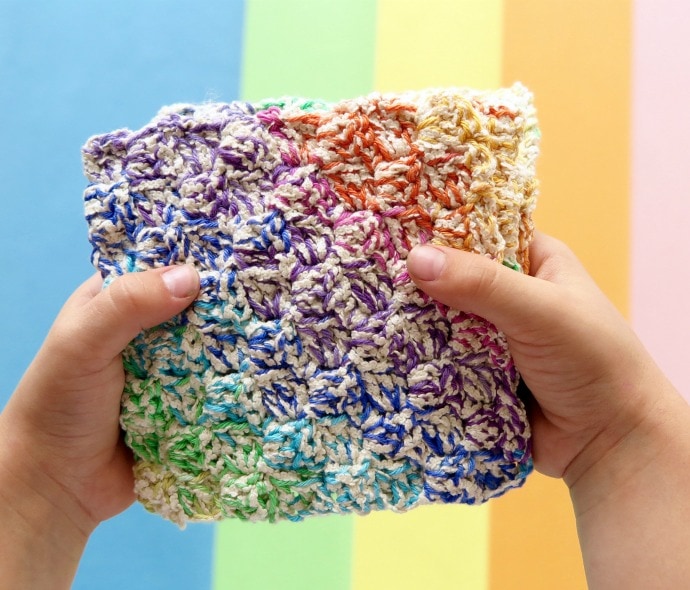 I intended on using these to scrub dishes in the kitchen, but Emma has claimed them as her own and wants them for face washers. She does get pretty grimy so a rainbow crochet washcloth should so the job nicely. 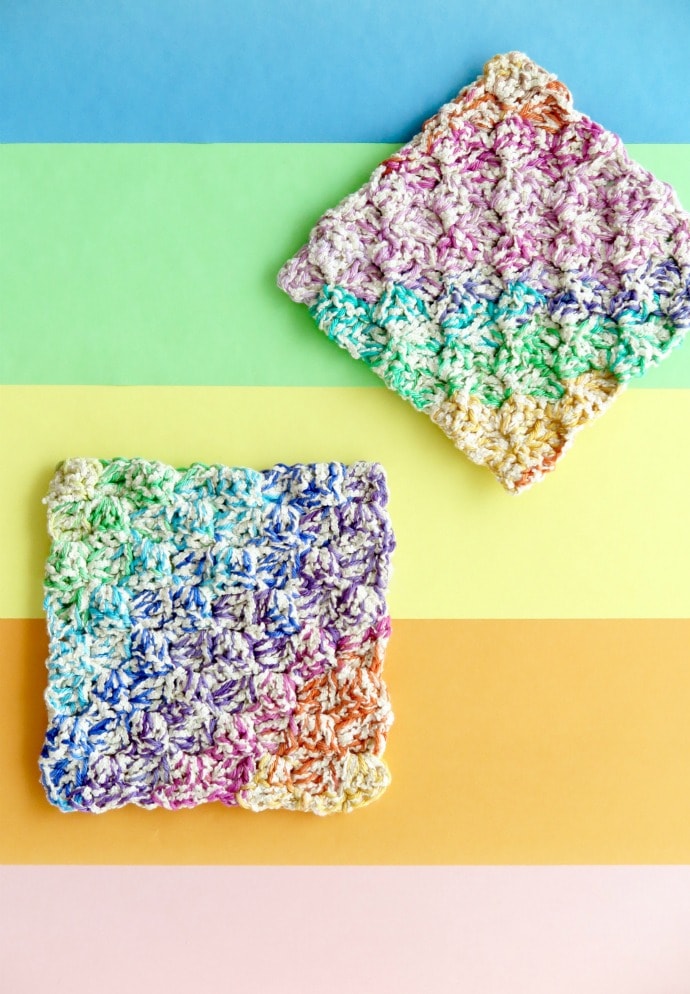 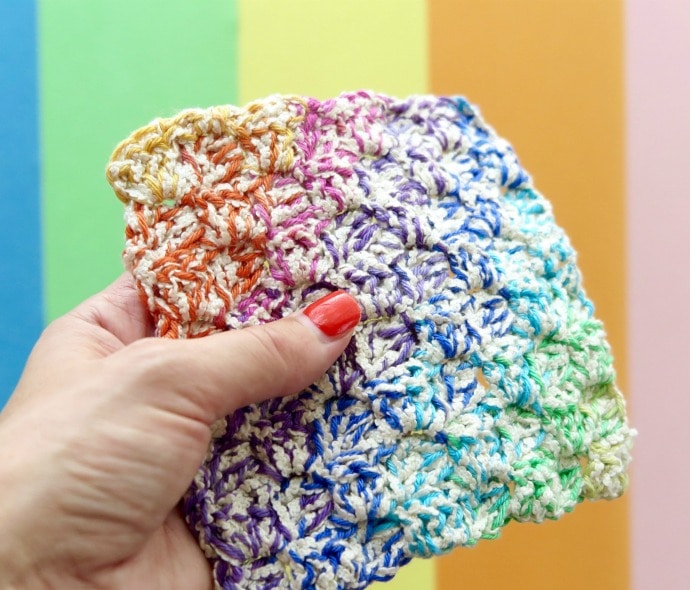