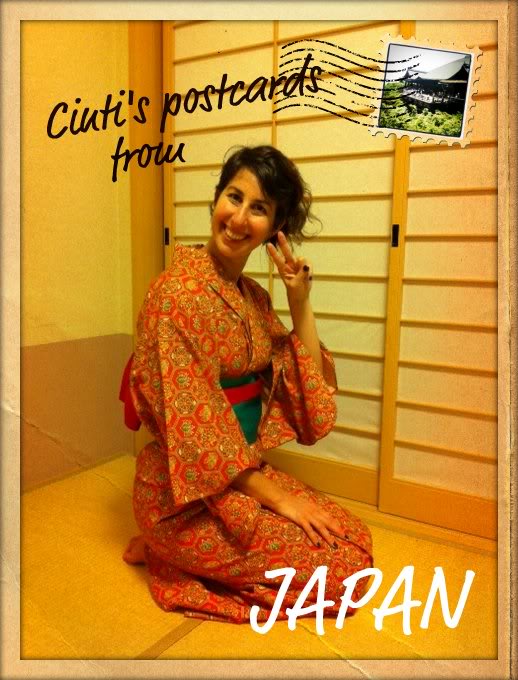 First of all, do you like me in my Kimono? It was an impulse buy in Kyoto whilst walking home from dinner at 10pm. We happened to stumble across a little antique/second hand shop with lots of used kimonos and other knick knacks. Of course I couldn’t resist poking around was immediately attracted to this lovely orange one. I’ll tell you all about it later…

I know you’ve all been keenly awaiting stories from the trip, there is so much to tell. My brain doesn’t work chronologically so my posts will be in no particular order. Please Enjoy!

Now my favourite thing about travelling (apart from getting to try yummy food) is people watching. It is always so entertaining just to stop and watch folks go about their business.

The streets of Shibuya were filled with super hip people both young and old, and we spent many an hour sipping on iced tea watching the fashion parade that was ‘Shibuya’.

But spend a Sunday in Harajuku and Yoyogi park if you want to take people watching to the next level!

Harajuku is most famous for the teens that dress up in Cosplay. They hang about on the bridge between Harajuku station and Yoyogi park. They love being photographed and this group was surrounded by snap happy tourists and locals. 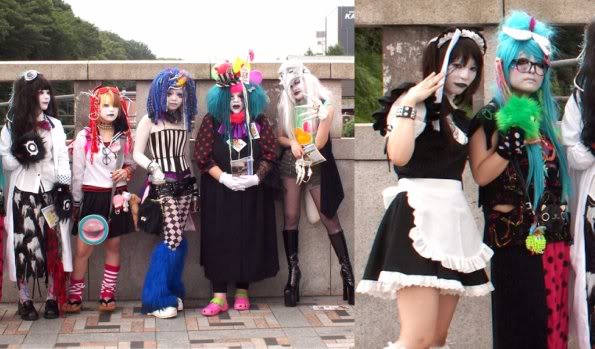 Just after Pilgrim took this photo they were moved on by the police. I don’t think the local authorities encourage their hanging about, and we didn’t see any Cosplay devotees later that afternoon or the week after.
I love that one of them is wearing crocs, gotta think about comfort first!

Walk over the bridge and into the park and there is a big area where Rockabilly fans gather and show off their dance moves. These girls looked super cute in rock n roll outfits. Some of their moves were pretty crazy, and the boys hair styles defied gravity! 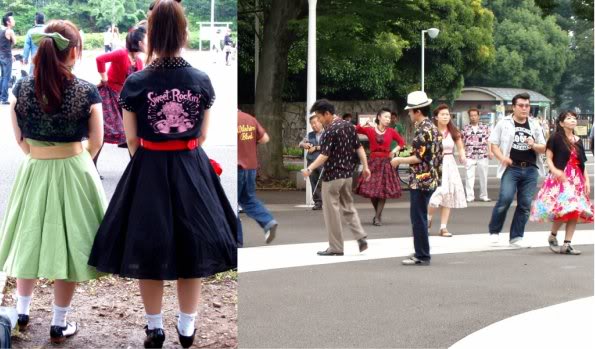 Because people live cheek to jowl in Tokyo, Yoyogi park is quite an oasis for the locals. As a park it isn’t very impressive, we saw lots of unimpressed westerners (lol), but there is space, and I assume when you don’t have a backyard or even a balcony, any open space with a bit of grass will do.
There were lots of groups getting together having picnics, playing frisbee and ball games. Many trying to look cool playing instruments and doing capoeira, there was even an extreme skipping team!

Trek a little bit further into the park towards the Meiji Shrine and the whole mood changes. The park becomes more wooded and the crowd more conservative. 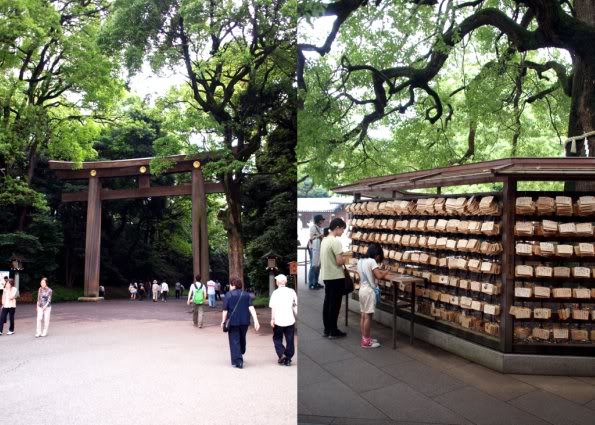 Older people and those with young families come and take respite from the heat under the green canopies and visit the shrine to make a prayer of offering. It was nice and quite there, a real break from the colour and crowds of Harajuku.

I couldn’t resist snapping a shot of this little girl dressed in a beautiful kimono at the shrine, I think her parents had hired a photographer to take her portrait and she was being a little uncooperative. Kids! 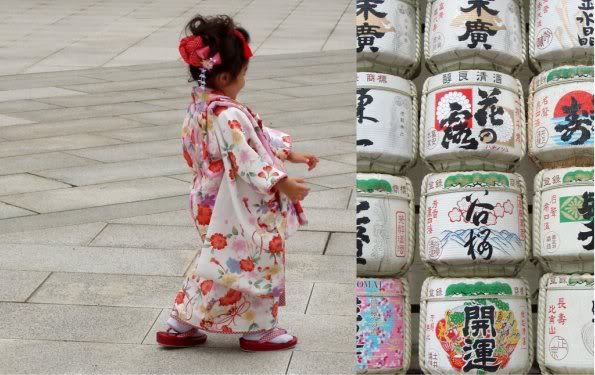 So if you are in Tokyo on a Sunday, especially if you have kids that need to let off some steam, I highly recommend heading over to Harajuku, Yoyogi Park and the Meiji Shrine. Take a bento lunch and have a picnik, the entertainment is free…

Save Money by making your own Homemade Laundry Powder 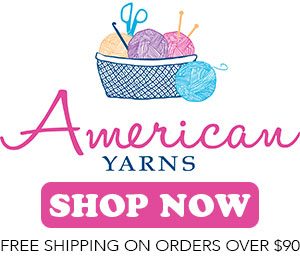 It had been quite some time since I’d watched the film Amelie, so the other night I popped in the DVD for old times sake and began watching. I cannot believe how much I’d forgotten! Amelie is such a vibrant visual feast of a film, and oh, the humour. I was laughing out loud over the subtlest moments – it’s…