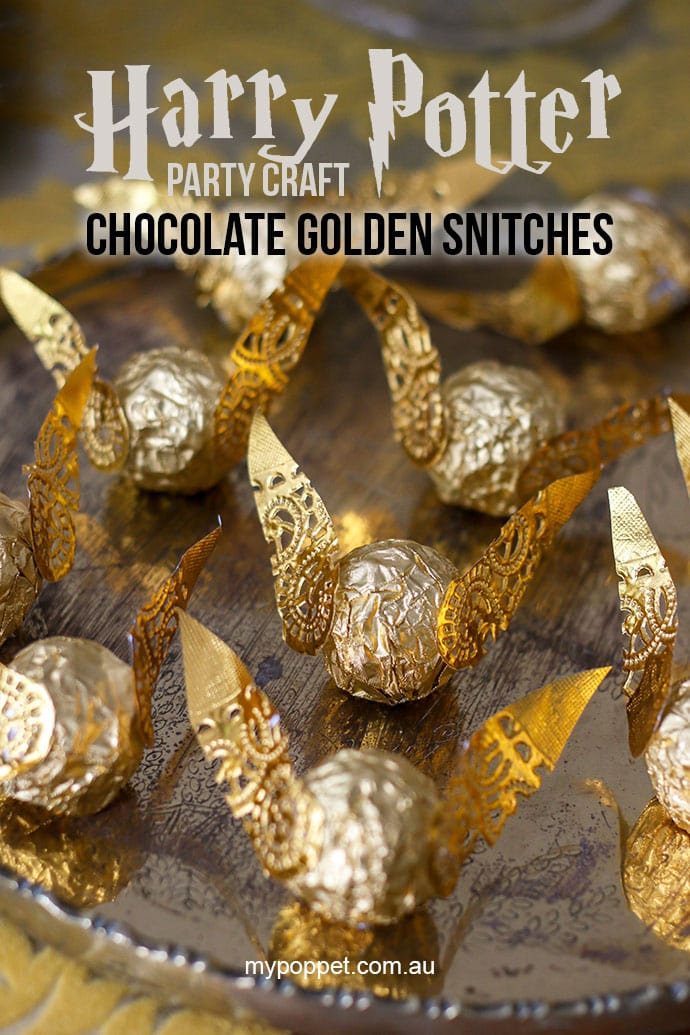 As soon as Emma and I started planning her Harry Potter Birthday Party, the first thing she insisted I make was a tray of Chocolate Golden Snitches.

If you don’t know what a Golden Snitch is I’ll give your the run down.

A Golden Snitch is a small metal ball with wings that has been enchanted to fly during a game of Quidditch. It is very fast and difficult to catch. When caught by the Seeker it is worth 150 points and the Quidditch game ends.

Historically the metal Golden Snitch was a substitute for the Golden Snidget, an extremely rare, protected species of bird originally used in the game. Hence the wings! 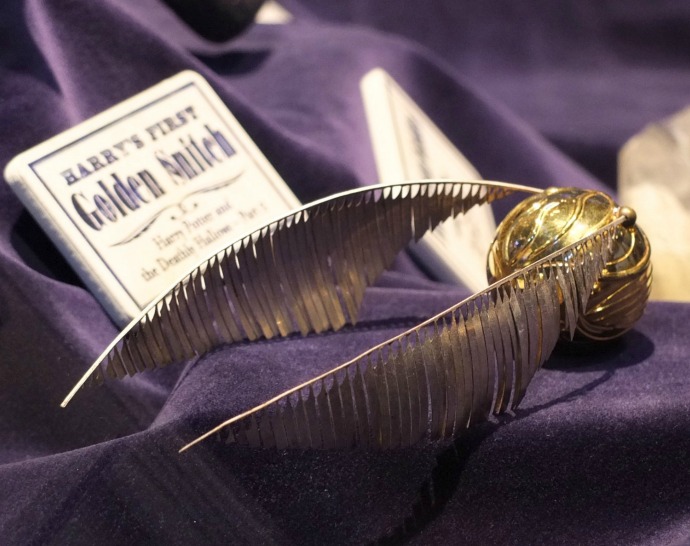 When we visited the The Making of Harry Potter at Warner Bros. Studio Tour London a few years ago, we were lucky enough to see the real Golden Snitch that was actually used in the making of the Harry Potter movies.

Now that you know all about Golden Snitches, let’s make some chocolate ones!

After seeing various iterations of this idea using Ferrero Rocher chocolates to make a Golden Snitch all over Pinterest, I wasn’t planning on re-inventing the wheel. But as usual, I like to make my crafts as simple as possible, so I’ve given the idea my own easy twist.

Rather than cutting out fiddly lacy wings for each Snitch, I used a gold paper doiley. It’s decorative edging had some scallop shapes which were the perfect size for each wing.

I bought these gold doileys at my local party supply store (an 8 pack was around $5), but if you can’t find gold ones, white would look just as nice. You could also paint a white doiley gold if you wanted to.

Sticky dots make the job super easy, but any double sided tape you have on hand would also be suitable.

The hardest part of this project is trying not to eat all the chocolates as you are making your Golden Snitches!

How to make a Chocolate Golden Snitch 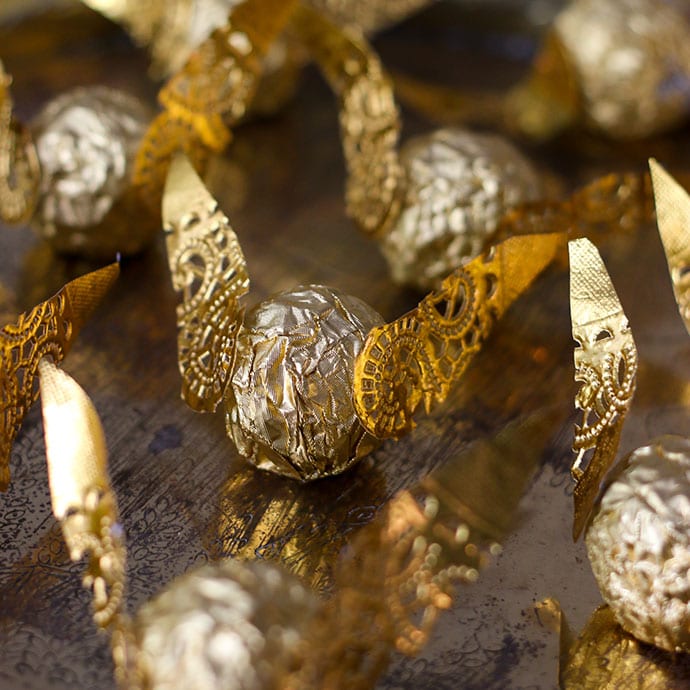 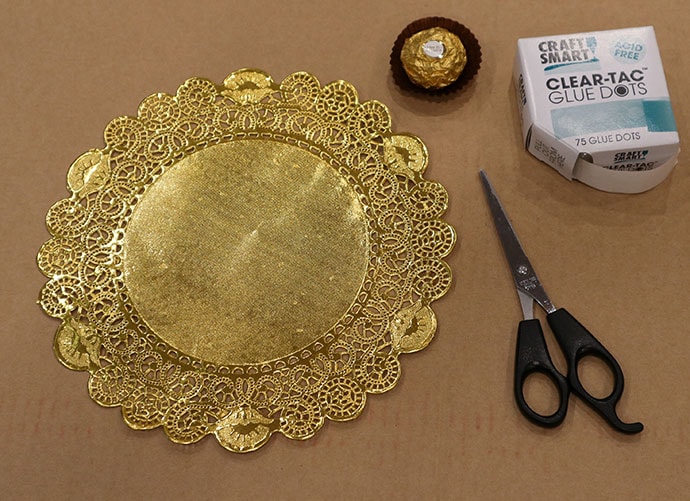 1. Remove the little brown trays and stickers from each of your Ferrero Rocher chocolates. (Try not to eat too many before you even get started.) 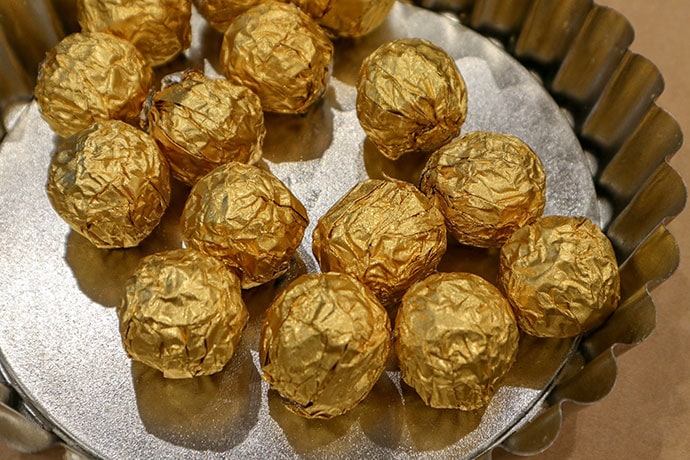 2. Fold the golden doiley into quarters and cut little wing shapes from the lacy edges of the doiley. You’ll be cutting 2 sets of wings each time.  This one doiley made 12 pairs of snitch wings. 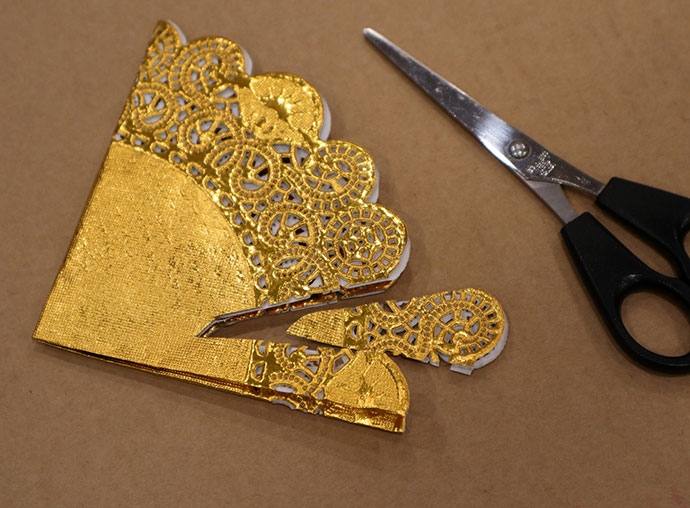 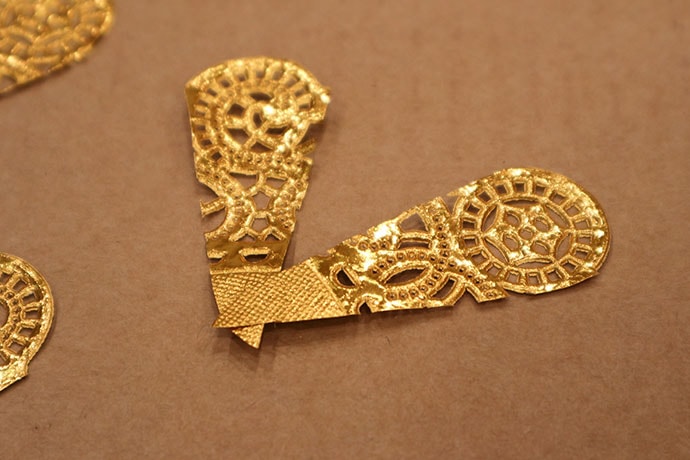 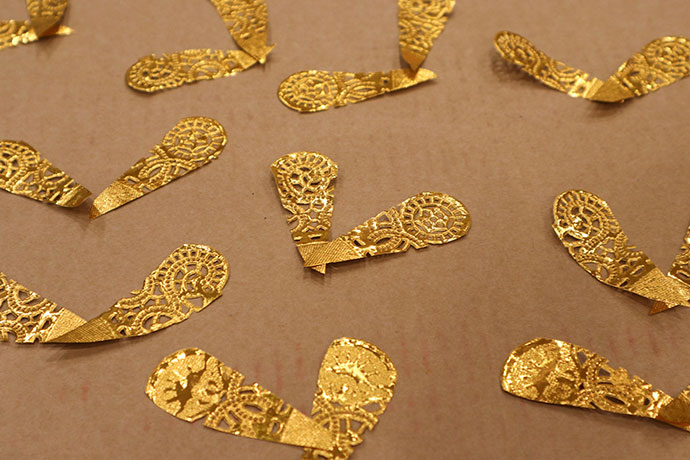 4. Stick a glue dot onto the rounded part of each wing, and then stick the wing onto the side of the chocolate ball. Do this one wing at a time. 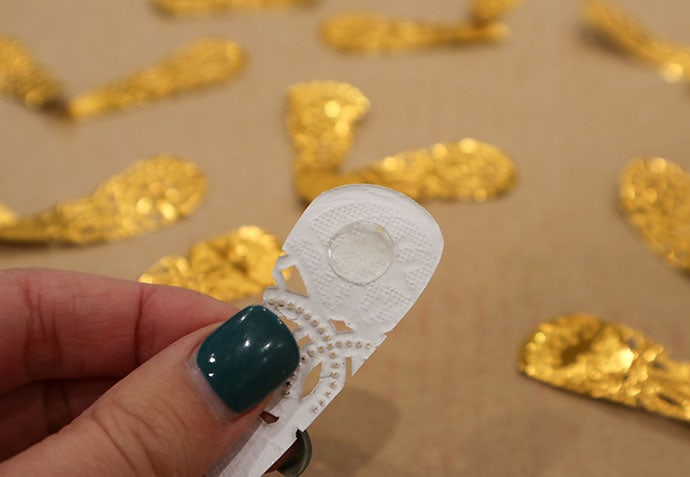 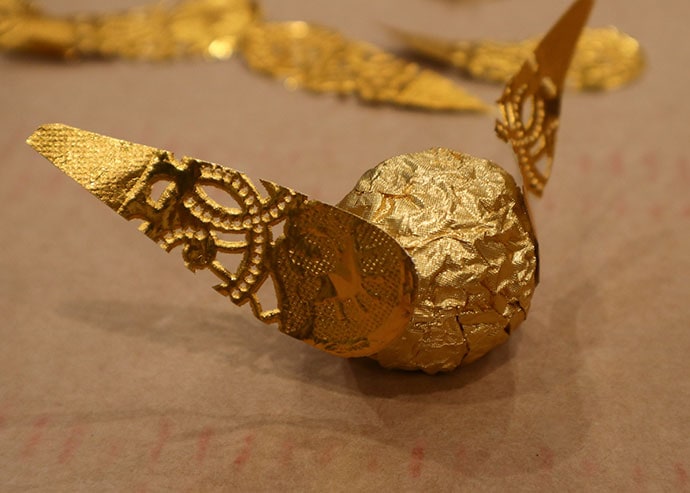 All done! How cute do these little Golden Snitches look? They are pretty tasty too! 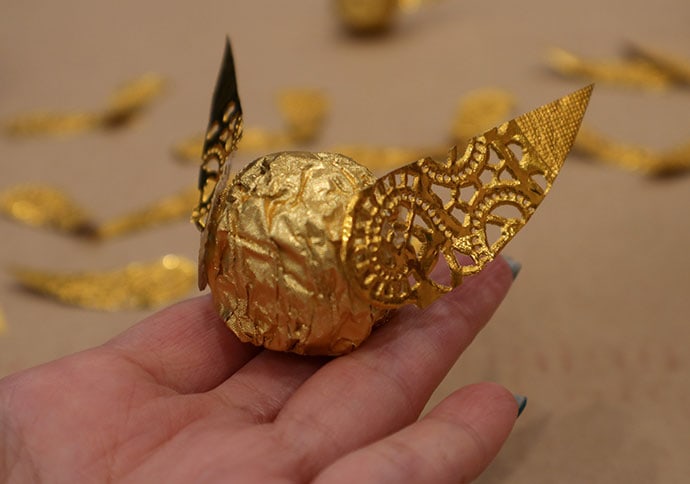 They make the perfect party favour, or a yummy treat to gobble up at your next Harry Potter party. Present them on a golden tray for extra magical effect. 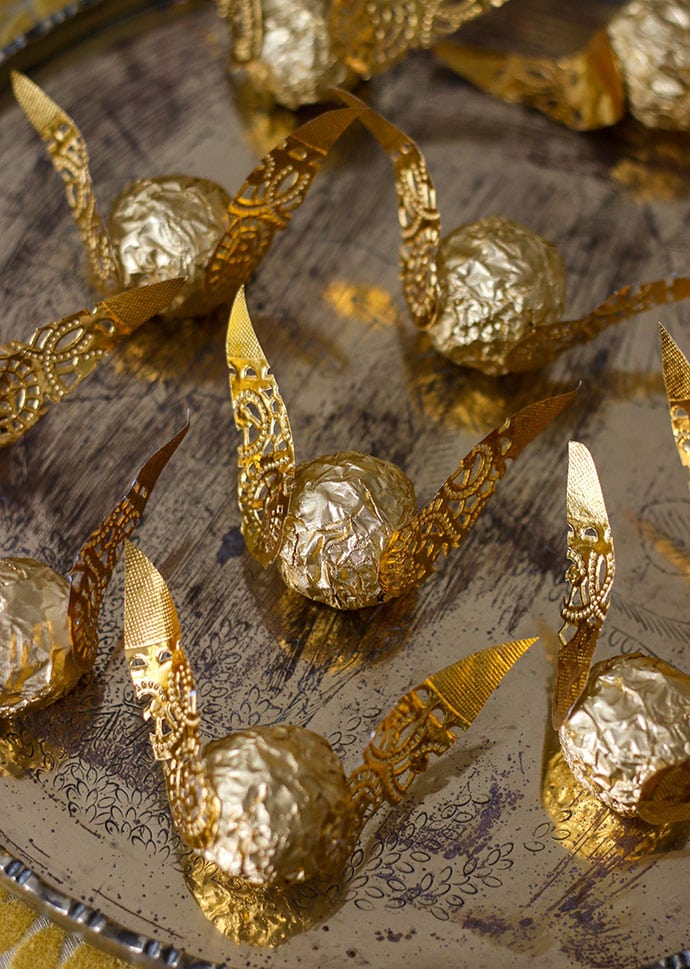 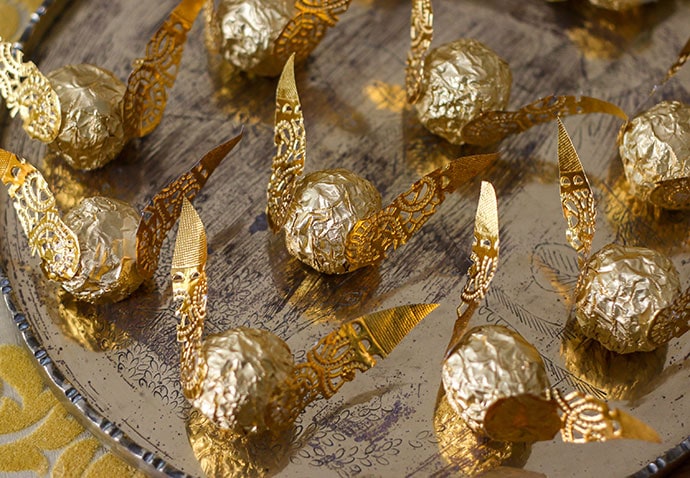