Download and print this free reward chart which encourages kids to Listen & Be Good. Ten good deeds equals one reward. 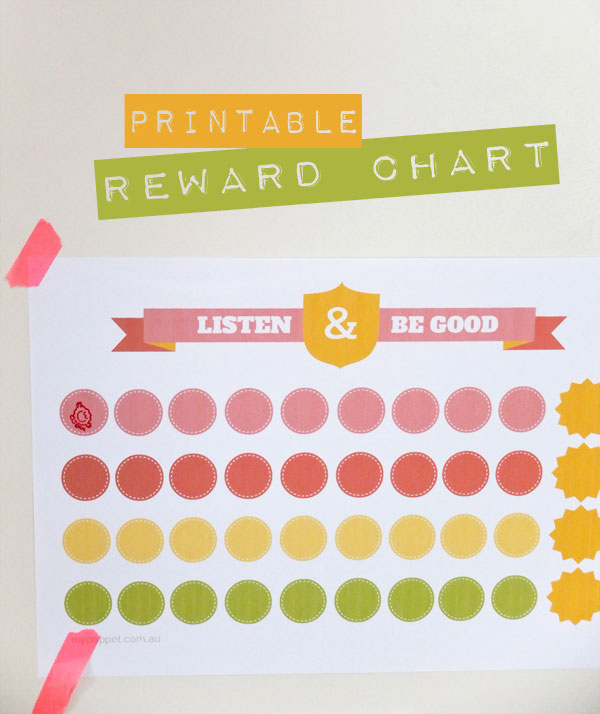 I have a rambunctious four year old, sometimes she is delightful, most of the time she is challenging. She’s four, it’s her job I suppose.

After a year of resisting (even though it was recommended) I’ve implemented a reward chart. Turns out the stick method doesn’t really work with Emma, it also makes this household a stressful yelly full of drama place, so we are trying the carrot instead.

Most of the charts I found online were quite specific with days or chores, I wanted something very simple because I don’t ask for much – just listen and be good.

I’ve created my own printable reward chart, go ahead and print yourself out a copy if you think it may work for you. 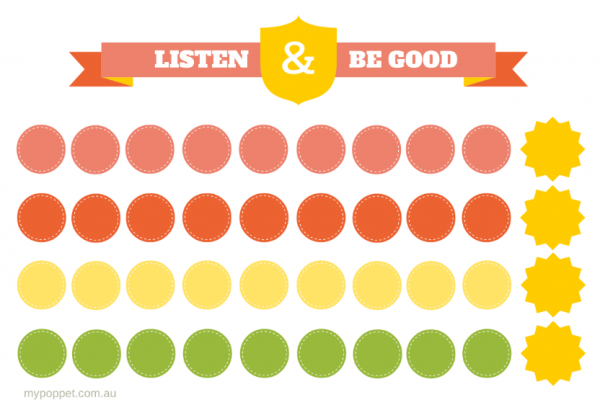 Emma’s carrot is, getting to play on the iPad for a little while, or an ice cream, her choice.

iPad and ice cream are the only thing that will motivate the kid to do anything, so rather than use them as a bribe (which was really a prize for seeing how quickly mum could be worn down).

I’m hoping she’ll appreciate them more as a reward.

Ideally some of the behaviour that earns a stamp will stick around, well we can only hope.
Every time she listens to me and does what I ask first time round, she gets a stamp.

So far so good, although she asked where the iPad was several times today, so it may take a few days for her to understand the system. 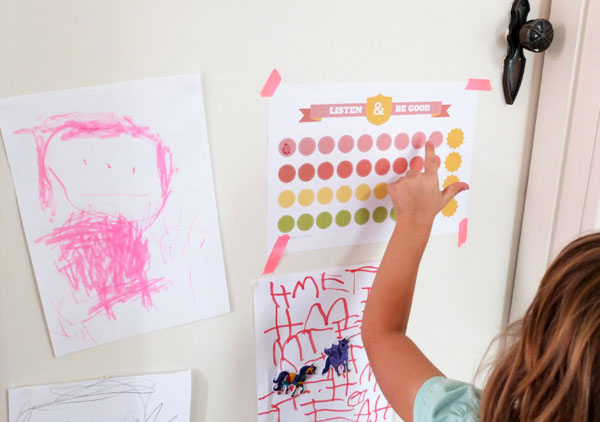 Also another quite amusing happening after the chart went up was watching Emma’s problem solving skills going into over drive to find a loop hole.

KID LOGIC: If I stamps all the circles, I can get a reward right now! She felt a little cheated when I told her it’s not how that works.

One chart on her bedroom door, where she sticks her artwork, and another on the fridge.
Now it’s up to me to follow thought. Wish me luck! 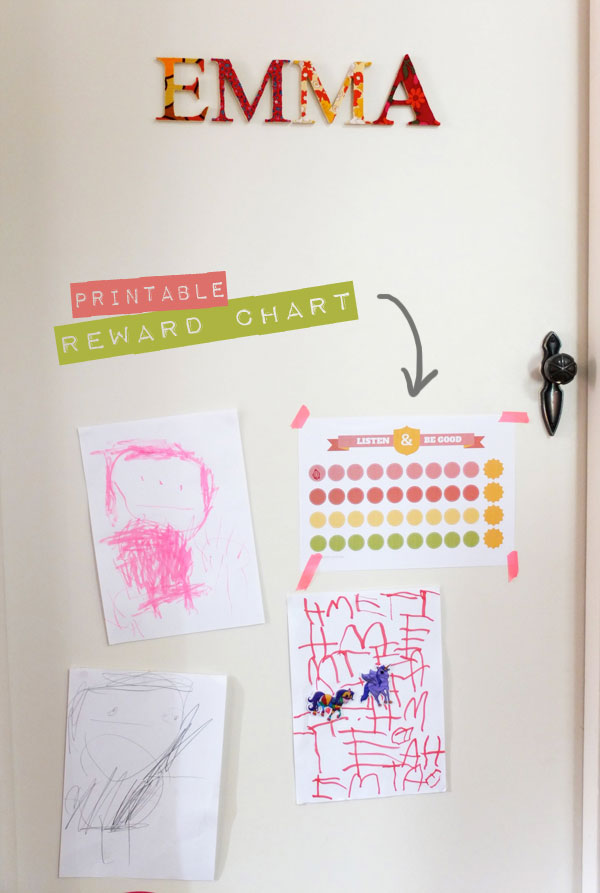 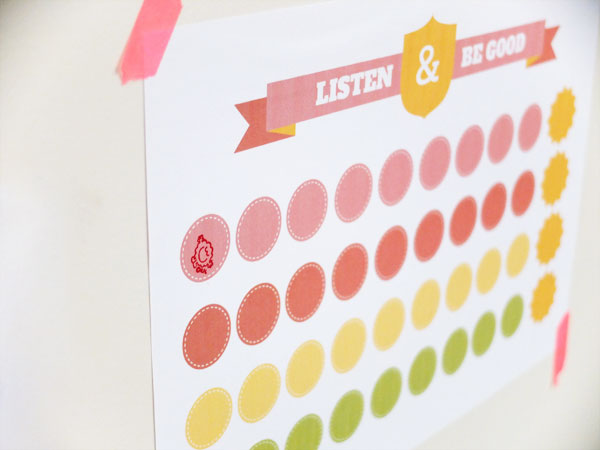