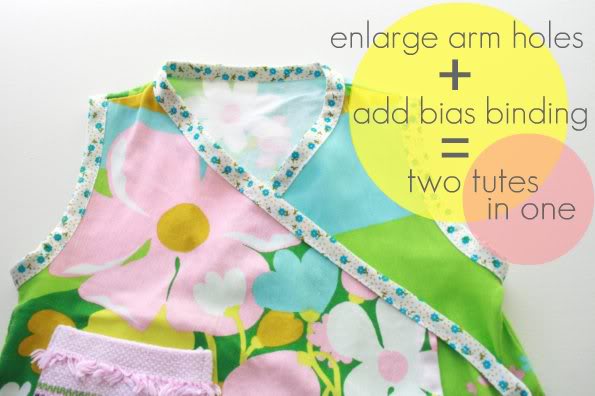 Emma has been growing out of all her really nice clothes lately. I really love this dress, but the arm holes were getting too tight so it was time to get the scissors out and make some adjustments.

Here, I’ll share with you how to enlarge arm holes and add (or replace) a bias binding trim. For a great tutorial on how to make your own bias binding check out the Made blog. 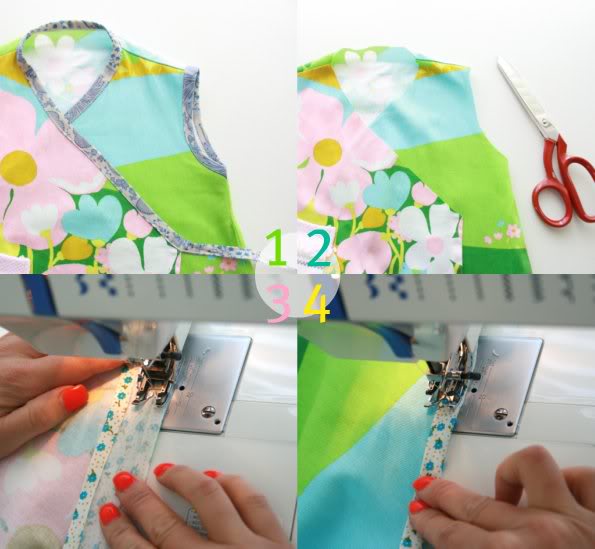 2. Cut off the bias trim, this will enlarge the arm holes by at least 1cm all around. I removed the neck trim so I could replace it to match the sleeves.

3. For neckline trim – Measure the length of bias required to replace the binding removed and position in place for ties if required. Open up the binding and on the wrong side of fabric line up the edge of binding print down and sew along the press line (of the binding).

4. To finish, fold the binding over the raw edge and sew in place. No need to worry about catching the back.

(The style of this dress was a cross over wrap around and the bias extended and tied off as a belt, I finished the ends of the bias tape with a small knot) 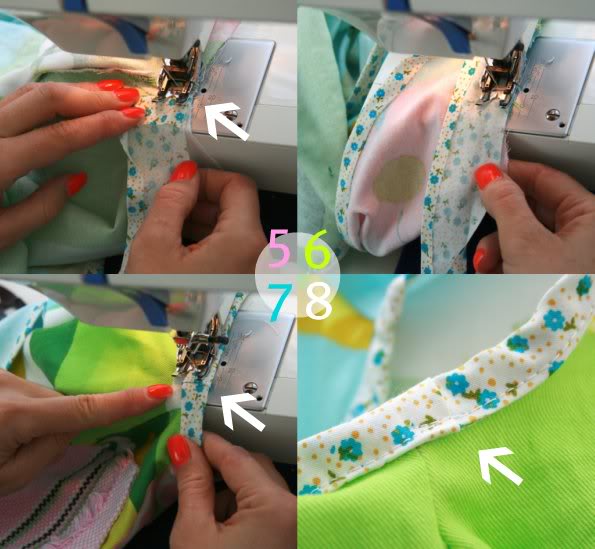 5. To bind the armholes  – Using the same technique as before but to start fold over the bias tape about 1.5cm near the under arm seam.

6. Sew around. When you arrive at the beginning overlap the binding about 1cm

7 & 8. Fold over and stitch to finish, taking extra care to tuck the end of the binding in and securely finish.

I hope the pictures were helpful. This is the technique I use to sew on all my bias binding. It takes a little longer as you have to sew twice but it guarantees that you have caught both sides and gives a super neat finish. 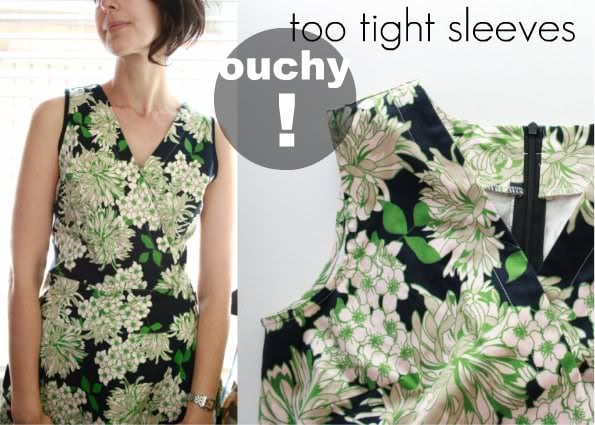 Once I finished Emma’s dress I remembered I had the same small armhole problem on a pretty dress that was bound for the Op-shop because it was too uncomfortable to wear.

I used the same technique of cutting away the seam and adding bias tape. This time it was a narrow black commercial bias tape that I picked up at the Op-shop for only a few cents.

So now, thanks to a little bit of bias tape and a nap time sewing session, both Emma and I have pretty dresses to wear this summer.