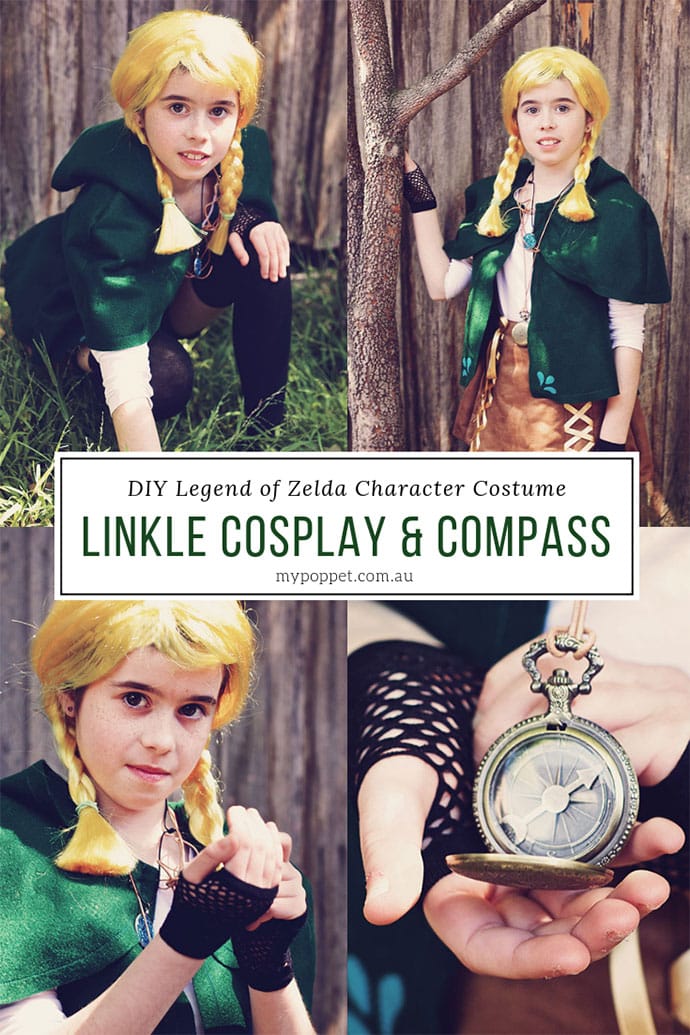 Recently one of my kids, Gwen, announced that for Halloween she would like to dress as the Nintendo gaming character Linkle.

So I began my project by printing out Internet reference images of Linkle, which would be the basis of Gwen’s Linkle cosplay.

I’ve documented my journey and thought process for making a semi-authentic Linkle costume on a budget, all in time for Halloween. I hope you find it useful.

Along the way I’ll give you cosplay making tips and instructions for how to make your own Legend of Zelda Linkle Costume. I’ve also included a detailed tutorial for how to make a Linkle Pocket Compass. 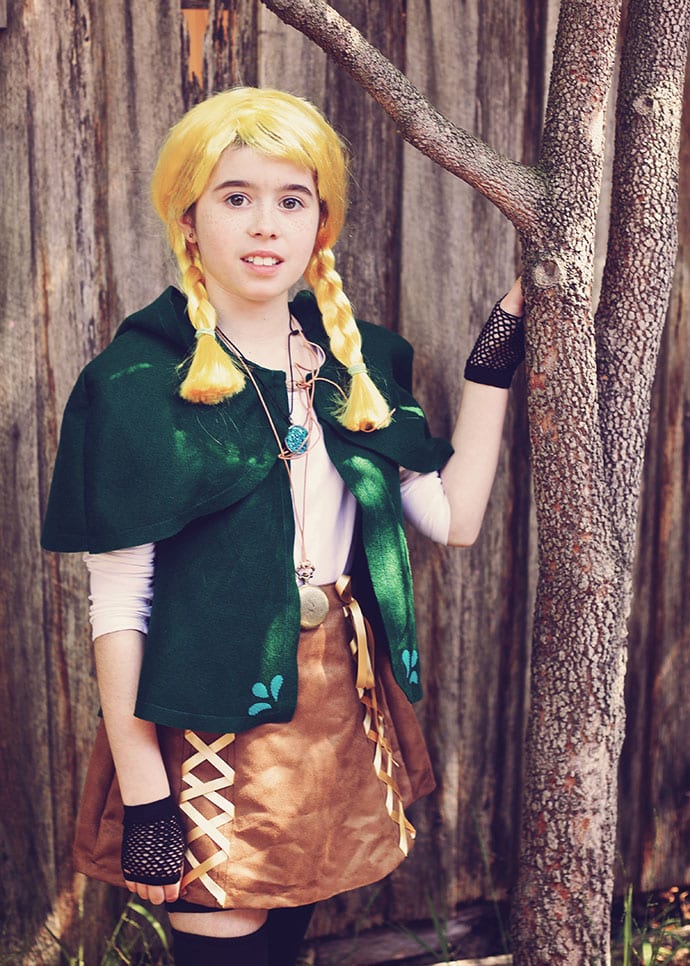 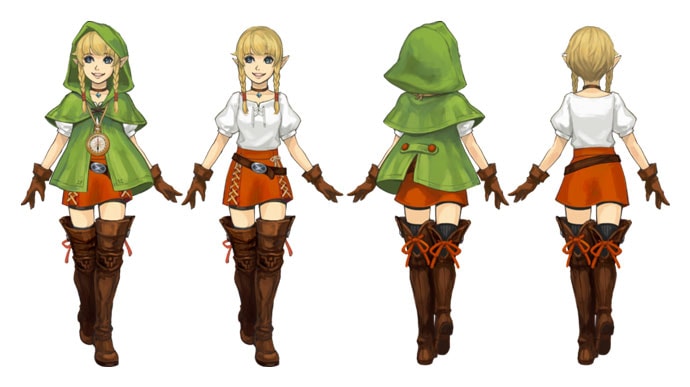 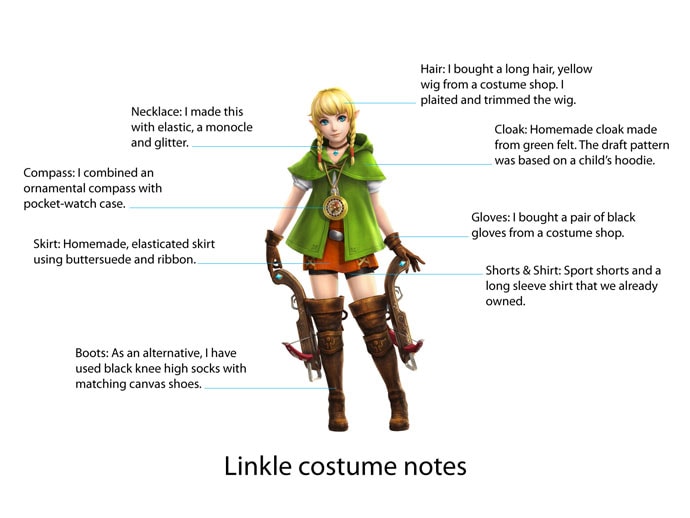 For the Linkle Costume you will need:

Let’s begin…Start with clothing already in your wardrobe


I went through Gwen’s clothes, searching for items that looked like pieces from the Linkle images. I found bike shorts, similar to Linkle’s under shorts. 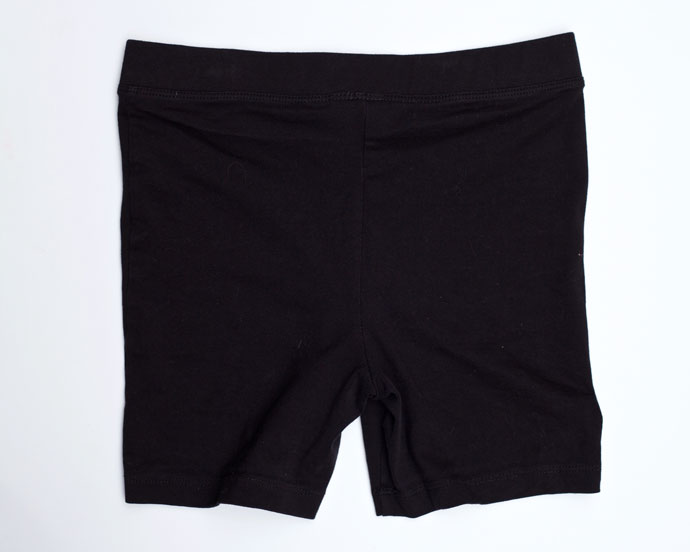 Knowing that I would have my work cut out for me with other aspects of the costume, I chose the easy path, going with the long sleeve shirt. 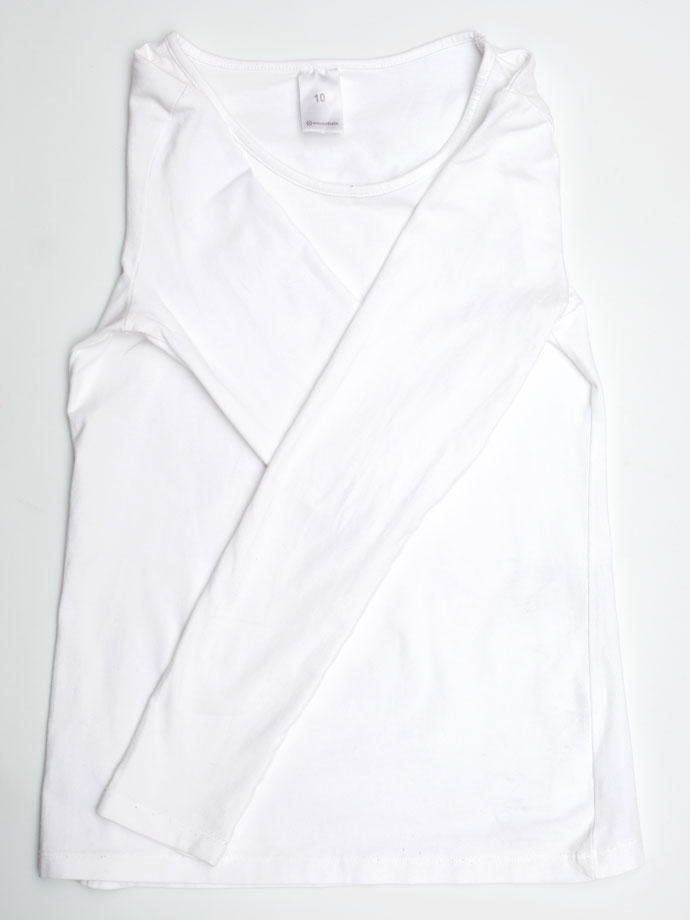 I told Gwen, if I had the time (and energy) toward the end of the project then I would come back to the shirt and make a peasant style one.

Tip: When making any costume from scratch it is a good idea to hunt around your home for items you’ve already got on hand. Even professional cosplayers will transfer items from an old outfit to a new one, to cut down on their costs. If you’ve already got it, you don’t need to make it.

Previously I had tried to find a brown skirt in local stores, with no luck. I guess brown skirts just aren’t on trend at the moment. As it happened I had already scouted my local fabric store to source a variety of fabrics that could be used to make the Linkle outfit.

I bought 60cm of a buttersuede, thinking that it had a fantasy village look and feel to it.

I have a huge roll of drafting paper (I reckon it’ll be with me till the end of days), and so, I designed a basic skirt pattern. The skirt is elasticated in the back waist, for ease of dressing (and also because I dread working with zips).

I sewed a ribbon trim to the front of the skirt in a zigzag pattern. This gives the appearance that the skirt has laced panels.

The skirt is now complete. 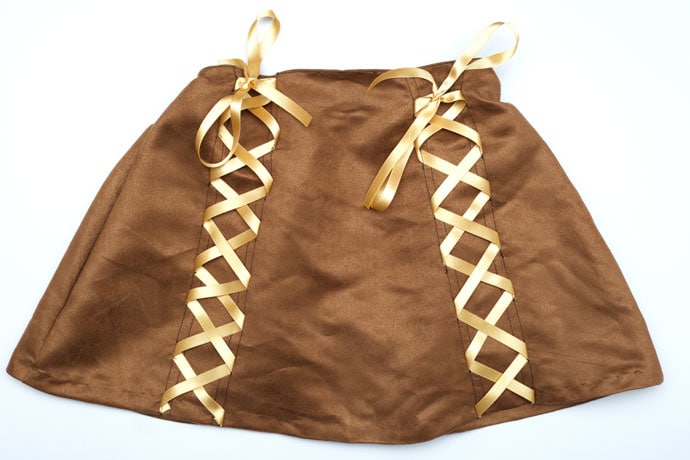 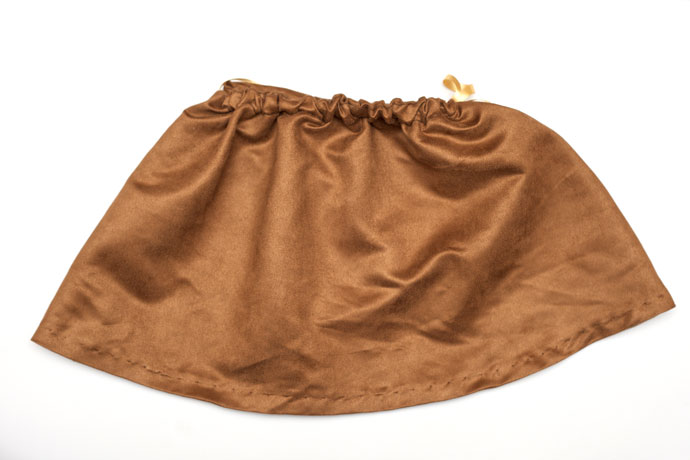 Option 1: In theory, I could buy a basic pair of brown knee-high kids boots, at a minimum of $50. However, I am trying to keep my individual piece costs on this cosplay much lower than that.

Option 2: Alternatively I could buy brown knee length socks, if I can find such a thing. I have considered dying a pair of white socks, and making faux leather panels with a hand-stitched Hyrule insignia.

Option 3: I could design leg protectors with vinyl or faux leather fabric made to look like boots. It’s an effect that I’ve seen a ballet costume departments use to give the appearance that the dancer is wearing real boots (think soldiers and princes).

I opted for the sock option. I couldn’t find a pair of long brown socks so we settled for black socks in the end.

Tip: Decide at the beginning of putting together your Linkle Costume what your budget will be. If you know from the get-go how much you’re prepared to spend, it will make your decision making a lot easier.

I was undecided about the ornamental compass.

Option 1: On a very tight budget, it can be made out of a thick cardboard.

Option 2: If I’m prepared to spend a bit more money, I can buy components from a craft store steam punk jewellery line.

In the end I opted to make my own with jewellery components.

Later I discovered the compass didn’t fit inside the pocket-watch case! The good news was that the compass metal is pliable. I sanded back the compass edge 1 millimetre, with coarse sandpaper.

I hope I don’t have to file back anything for a long while. My hands are weary. 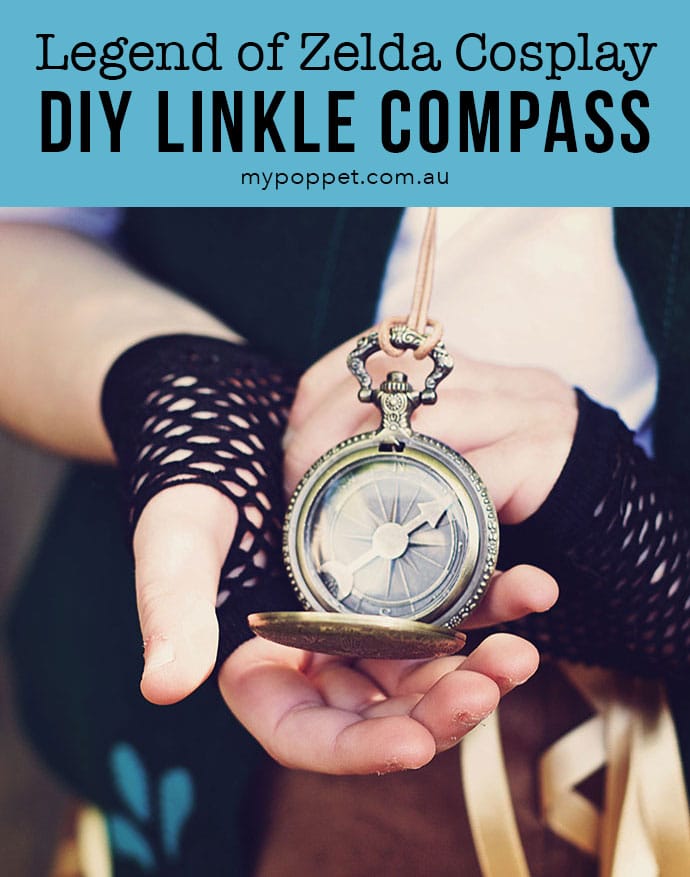 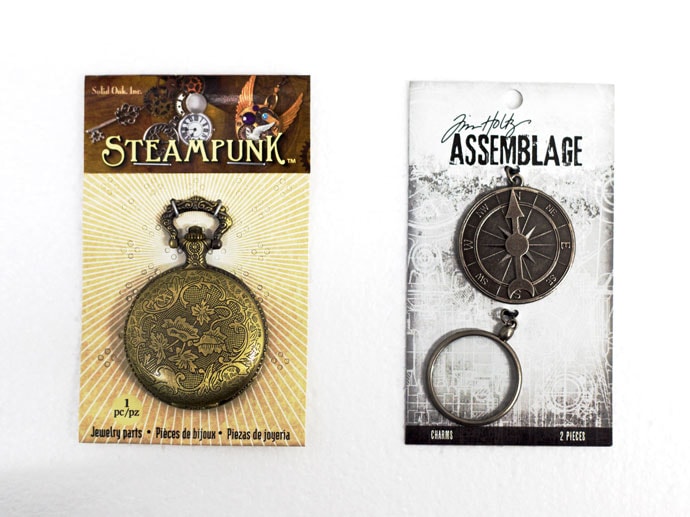 How to make a costume compass:

1/ With pliers, cut off the bale of the compass pendant. The bale is the hole that attaches a pendant to the necklace. 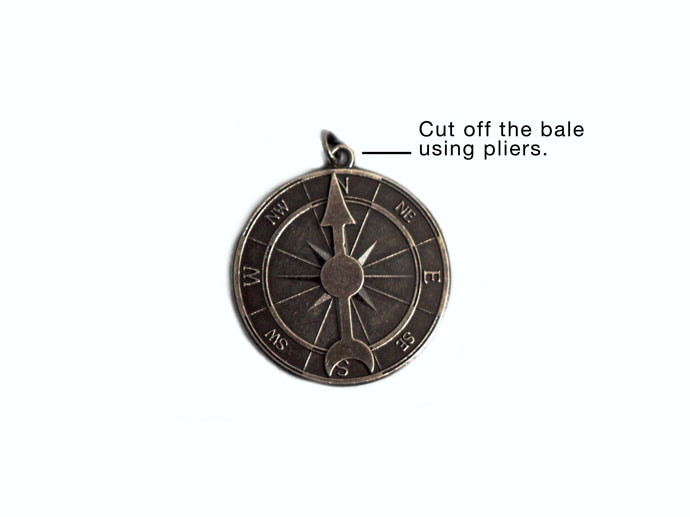 3/ As per the pocket-watch case instructions, open the back of the case and drop in the compass piece, making sure that the decorative side is visible toward the front, and North detail is facing up. 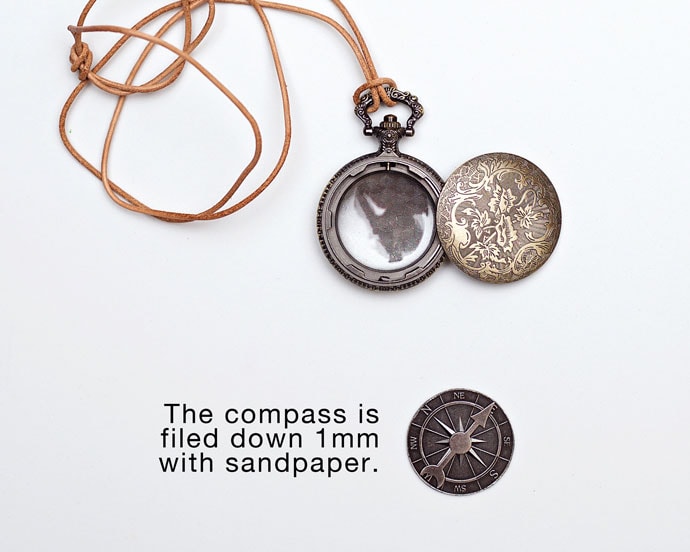 4/ Close up the back of the pocket-watch case.

5/ Feed a long length of leather chord through the bale of the pocket-watch case and knot the ends together. The encased compass is ready to be worn. 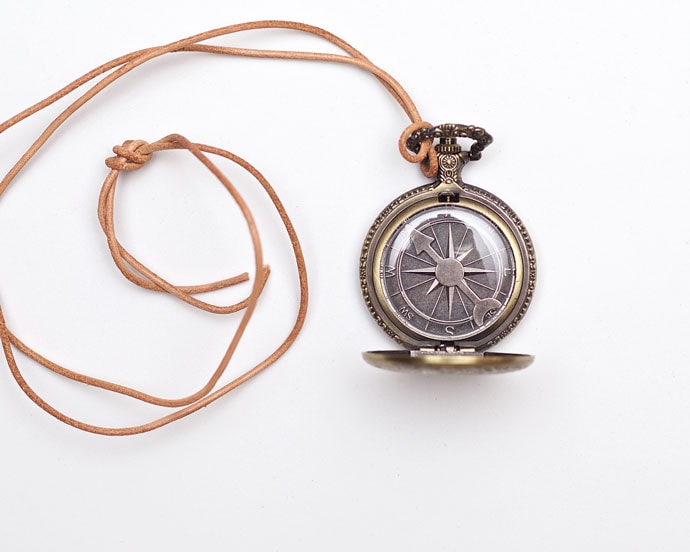 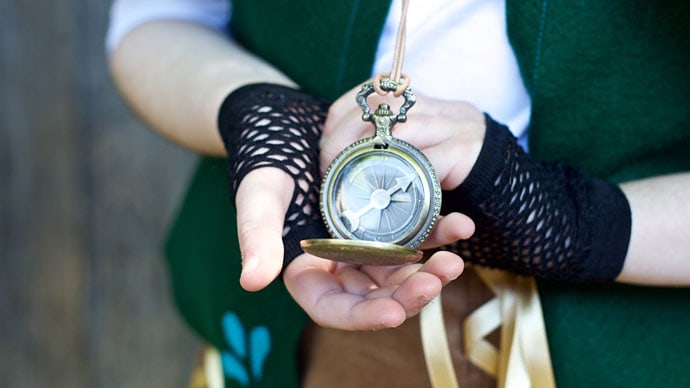 Tired! Brain hurts! Or is it my face? … Nope, it’s my face that’s hurting. Did I mention that I’m tired?

I drafted a pattern for the Linkle cloak. To get the size roughly right, I used Gwen’s hoodie jacket as a guide from which to draw a basic pattern for Linkle’s hooded cloak. This was a time saver.

I now have pattern pieces for the hood, front, back, shoulder covering and back panel.

Not keen on drafting your own pattern? Purchase a Linkle Cloak Pattern here.

Tip: Pace yourself when taking on a cosplay project. It is quite a physical undertaking and if you do not manage your time you run the risk of burn out. Trust me on this one. When sewing/crafting costume components set yourself weekly goals. Also, allow yourself a few days rest after constructing each section, before moving on.

Using the cloak pattern that I’d drafted earlier, I cut out the felt pattern pieces. I over-estimated how much felt I would need, but at least I was covered, in case I need to remake parts of the cloak.

I went through my glorious button stash and found two large synthetic buttons that actually look like they are made of wood. They are a perfect decorative feature for the back of the cloak. 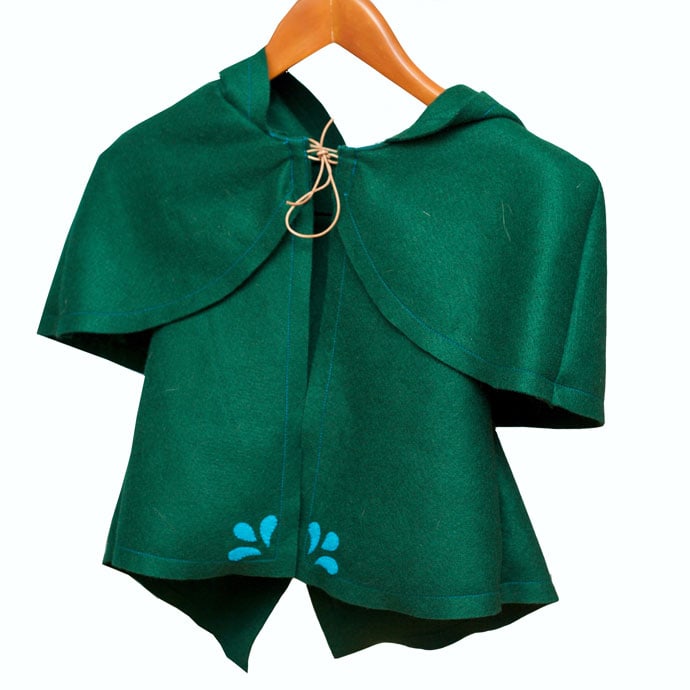 It took me over two days to construct the cloak. It was a straightforward design, not having to create lining and interfacing. But since it was also a draft, I did a fitting on Gwen, pinning then sewing the adjustments. The draft was baggy on Gwen, so it was easy enough to ‘take in’ the cloak.

Having extra green felt worked in my favour, as I need to recut the back section of the shoulder covering.

Tip: I love working with felt. Unlike regular fabric, felt will not have seams that’ll fray, so I do not need an overlocker (serger) when working with it. 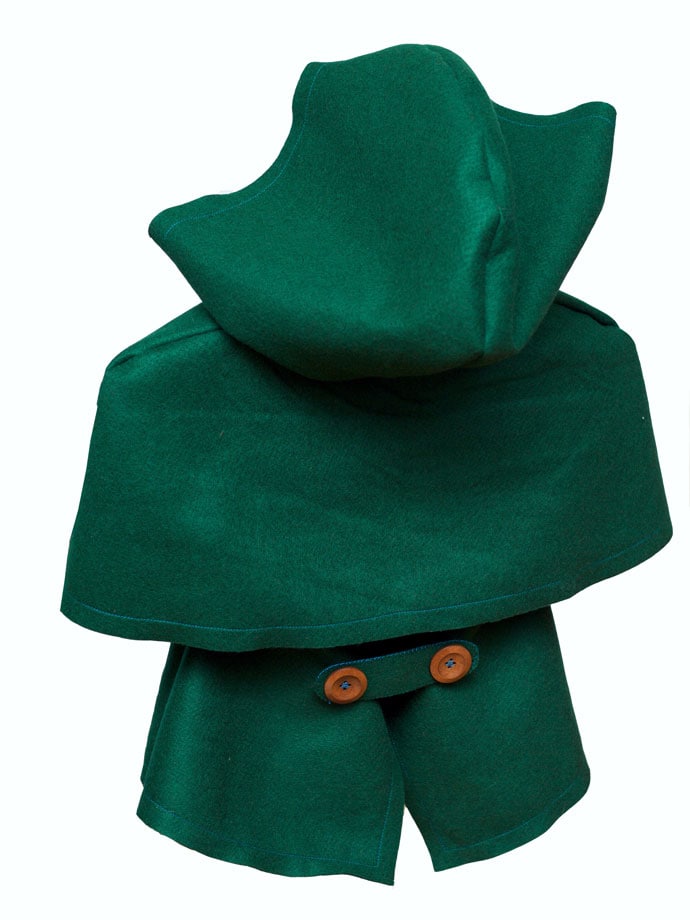 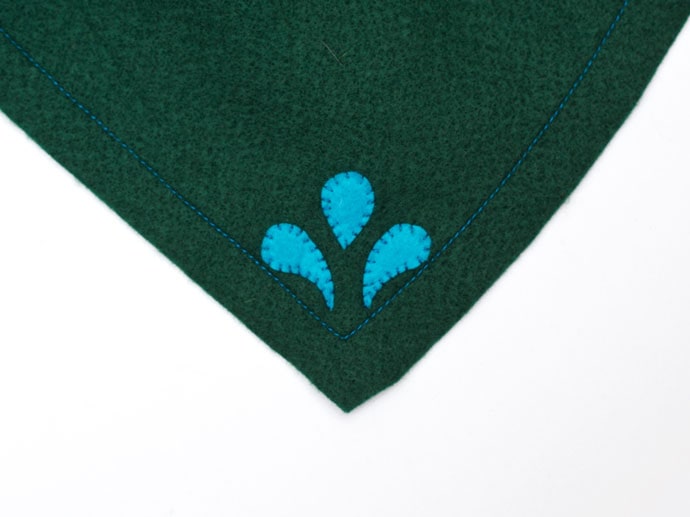 Tip: When making your own draft patterns, always better for the pieces to be bigger. Later, it is easier to ‘take in’ a pattern than to have to expand it. Also, if you can afford it buy a little extra material, in case of mistakes.

When I bought the ornamental compass it came with an equally ornamental monocle. I didn’t think I’d have an immediate use for the monocle until I started thinking about the crystal necklace that Linkle wears.

I didn’t have any fake blue crystals in my craft supplies and I hadn’t seen anything in store that really suited. So I settled upon the monocle. Using craft glue and blue glitter, I decorated the monocle on both sides. I attached a black elastic to the monocle bale and knotted the ends together. 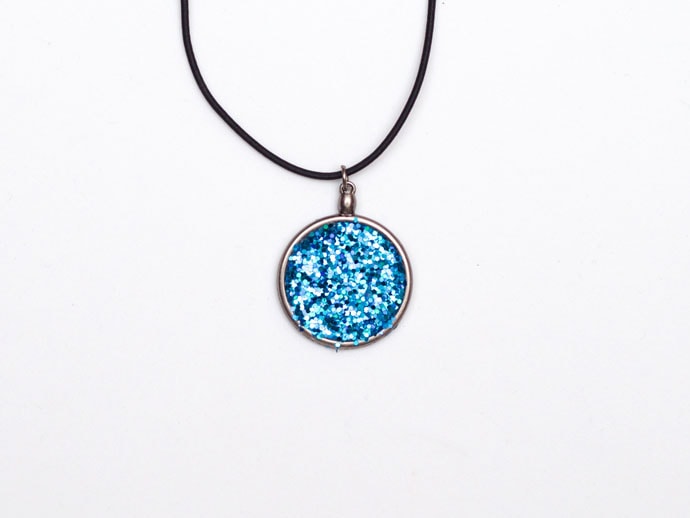 At this point there are obvious differences between the original Linkle concept art and the actual Linkle costume I’m constructing. I am not fazed by these differences. In truth the few similarities will be enough to make the costume identifiable to those who are familiar with Nintendo characters.

Personally I aim for 50% accuracy, 30% interpretation and 20% making do with easily sourced, budget materials.

Tip: There are no rules about cosplay. A cosplayer can choose to be authentic, interpretive, or work with a tight budget. Either of these options is perfectly fine. Your approach is neither right nor wrong.

All that was left was a few finishing touches to put together the Linkle costume ensemble. A part of me could hardly believe I’d made it this far. As a child’s cosplay goes it’s really not that bad. I worked really hard on this Linkle costume, and I’m just so happy with the outcome.

To finish the Linkle cosplay, Gwen and I visited our local costume shop.

Remember the boots that I talked about? Well, I decided to go with the ‘long socks’ option. I couldn’t find brown, but I happily settled for black knee high socks, which would co-ordinate nicely with the shorts and black canvas shoes that we already had.

I also bought a pair of small, black fishnet gloves, to match the socks. 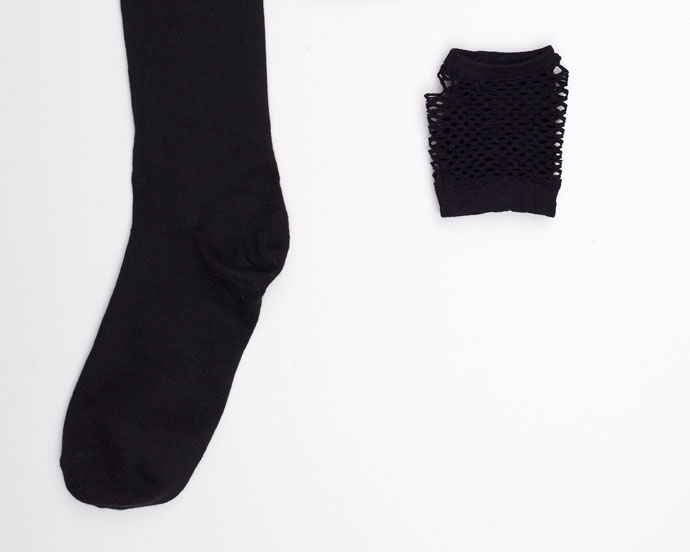 For the finishing touch I bought a long hair, yellow wig, which I later plaited and trimmed. 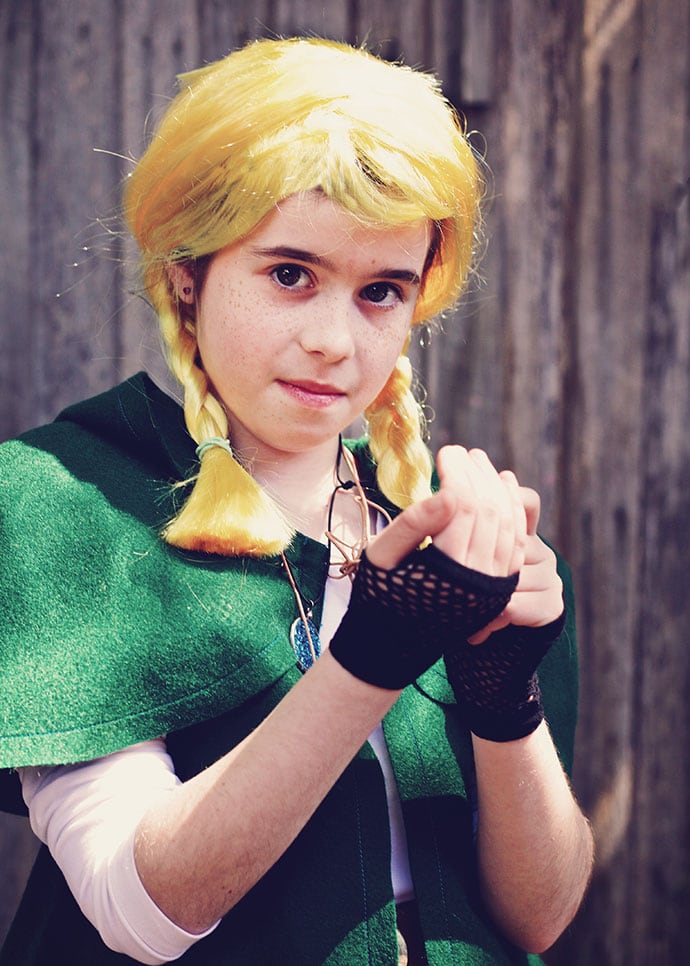 Gwen has now tried on the entire Linkle Costume and truly looks like Linkle, even with all my adaptations. She’s so very happy with her cosplay. 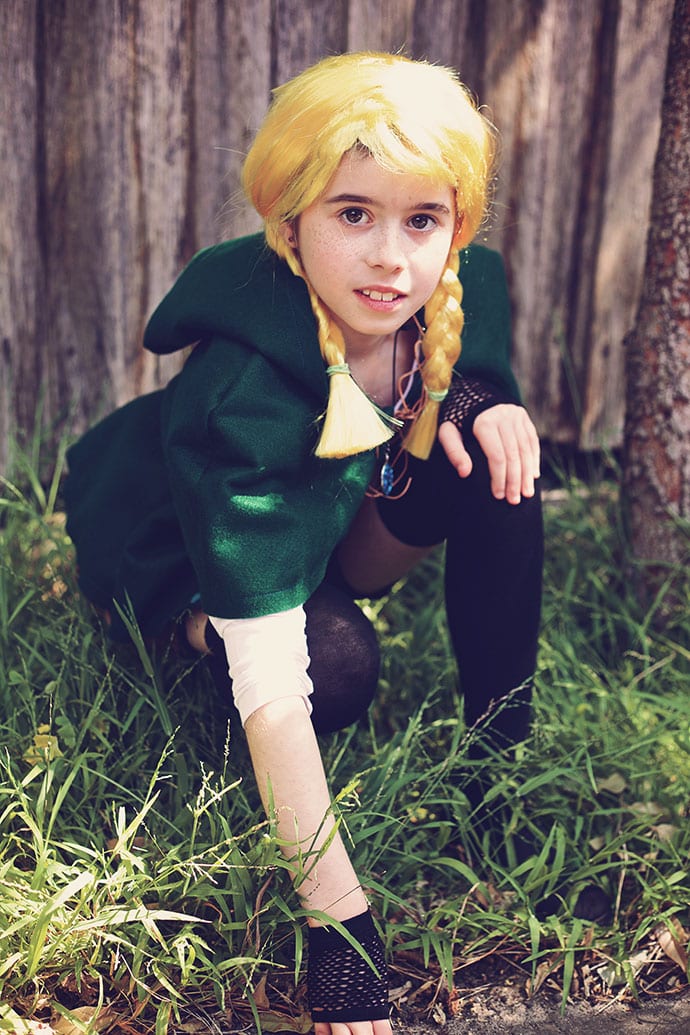 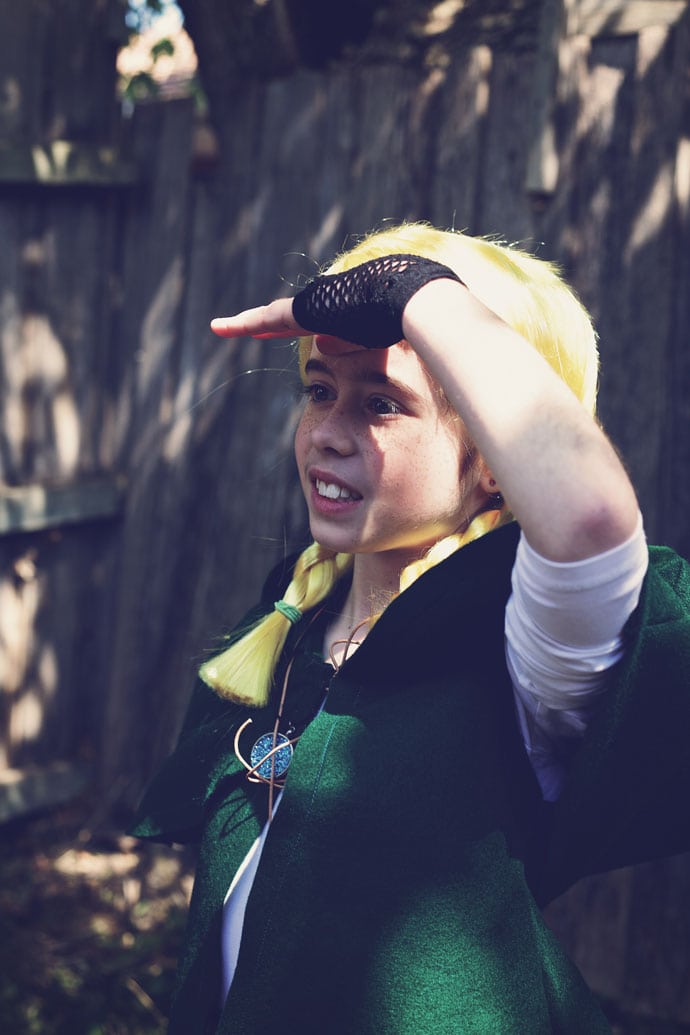 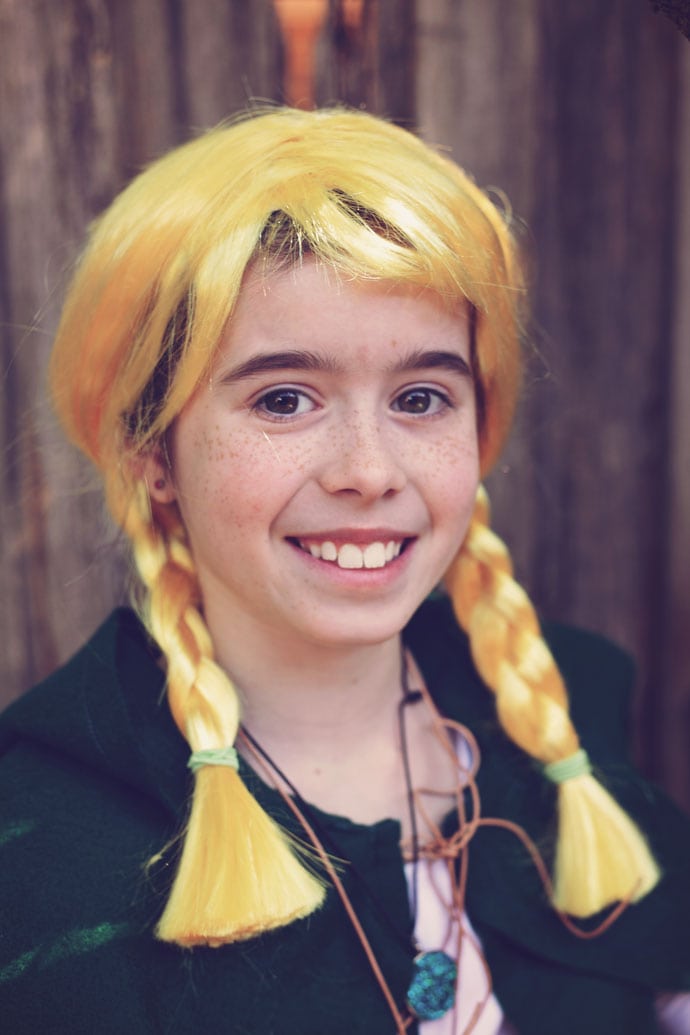 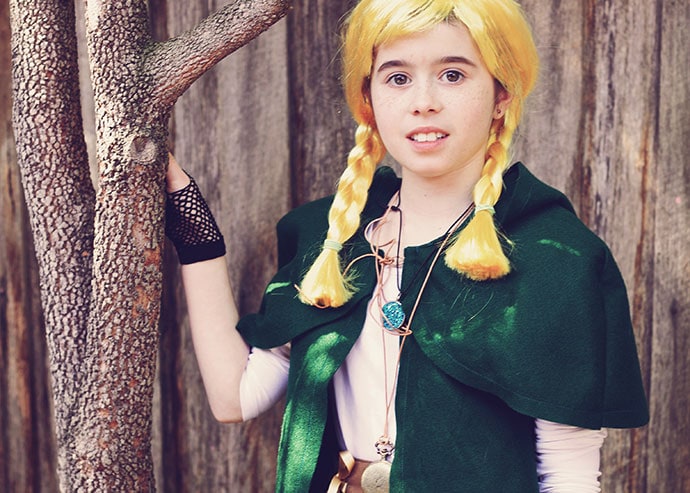 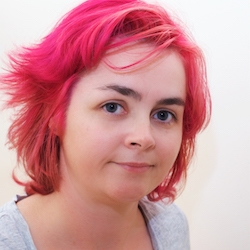 Melissa is a hyper creative artist, and content creator.

To see more of Melissa’s work, follow these links –