Ever wondered how to make a perfectly rounds and fluffy pom pom? The trick is to use a doughnut shaped pom pom maker tool. I’ll show you how easy it is to make perfect pom poms with my step-by-step pom pom maker instructions. 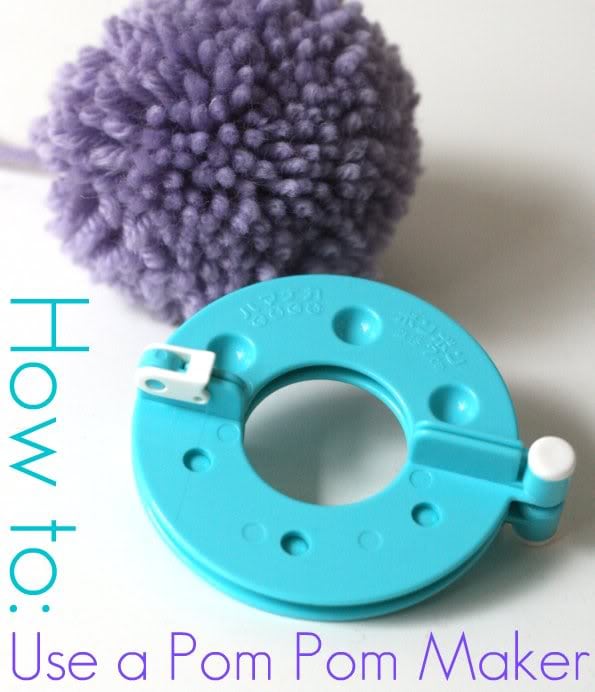 I picked up this awesome set of Pom Pom makers in Japan at the most amazing department store called Tokyu Hands. Tokyu Hands is my idea of crafty heaven, it has everything a crafty person could ever dream of wanting, and then a million things more.

I’ve always wanted one of these little gadgets, because making pom poms the old fashioned way, with 2 doughnut shaped cards, is a bit time consuming. The pack came with 4 contraptions in different sizes, I thought you may like to see how easy it was to use.

I’ve tried tons of different pom pom making methods, and I always go back to using this pom pom making gadget because it makes a consistently round and dense pom pom without the need for excessive trimming like some other methods.

I’ve also explained 3 different methods for making a pom pom in the video included in this post. 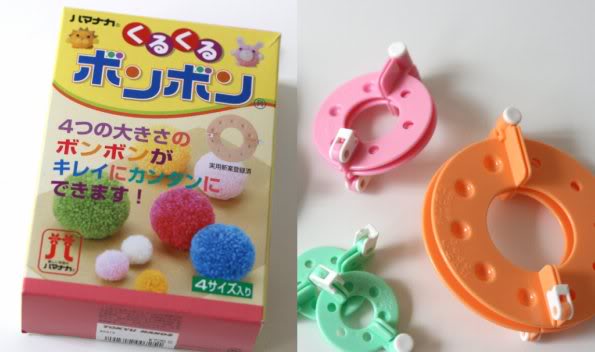 If you can’t get to Japan, I’ve found a similar pom pom maker on Amazon, which works in exactly the same way. 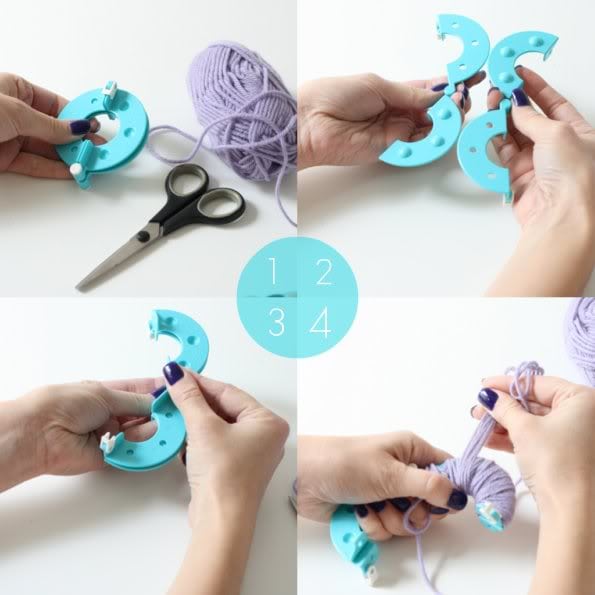 4. Wrap your yarn around one half until the hole in the middle is all full (I have used a few strands of yarn to make the wrapping process a bit faster). 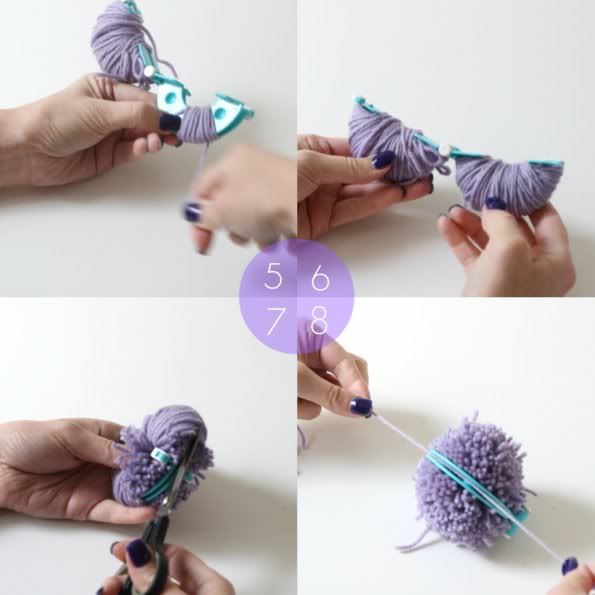 5. Repeat with the other half.

6. Close the two halves together and click the latch (forgot to photograph this step sorry).

7. Cut round the outside of the ring, your scissor will fit inside the groove.

8. Take a length of yarn and slip it through the gap of the two rings, tie off firmly. 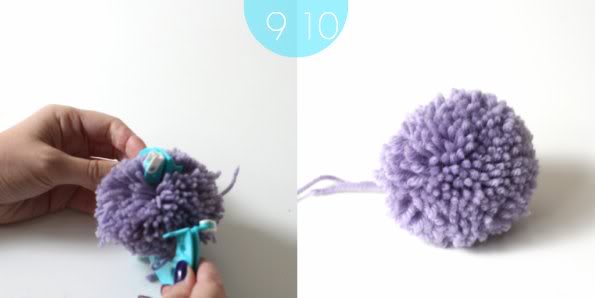 I’ll be using this and many other pom poms to decorate a project that is still kicking around in my head.

Here are several easy pompom crafts that you can make with your pompoms: